Come beta test Tears of Veeshan to get rewards for your live account!

Testing for EverQuest II’s 10th expansion, Tears of Veeshan, is in full swing on the Beta server. Not only can you get a preview of what’s to come by heading over to take a look, but also earn rewards that you can claim on your live character!

There are three separate rewards that you can earn for testing different facets of the expansion:

Blessed of Veeshan Reward Bundle is for testing overland quests in Vesspyr Isles. 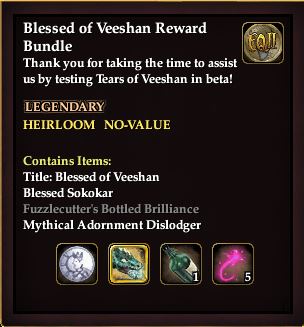 Thread Jumper’s Reward Bundle is granted for testing and completing all of the Heroic dungeons. 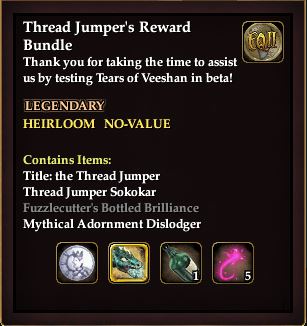 Indomitable Reward Bundle is granted for raid testing with a member of the development team. 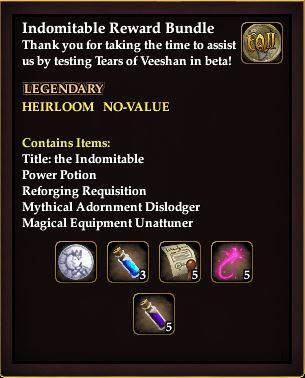 So head on over to the beta server and join the fun!

Find out how to join the Tears of Veeshan Open Beta here!