Yeah, that’s right. It’s back! We'd be crazy not to do this.

Last year's "experiment" was so well received we're bringing it back! Before we list what you can look forward to this year, let's highlight the things we accomplished in 2022.

This past year saw new TLP server unlocks, improvements to the Test Server, the successful launch of Kael Drakkel (the Lore and Legend server), updates and new content added to numerous in-game events, two huge game updates that included new Overseer, raid, and dungeon content, the successful launch of Varsoon, 64-bit upgrades to servers and clients, the amazing and humbling response to our Extra Life efforts, and last but certainly not least, the incredible launch of Renewal of Ro. Worth noting here is the missing Swag Store we hoped to launch back in September. That hasn’t happened yet, but we are still working to finish it, and we appreciate your patience.

We are once again very excited to share our plans for 2023 with you. Remember, these are high-level goals we hope to complete this year but each one may be subject to change and/or delay. Let's dive in! 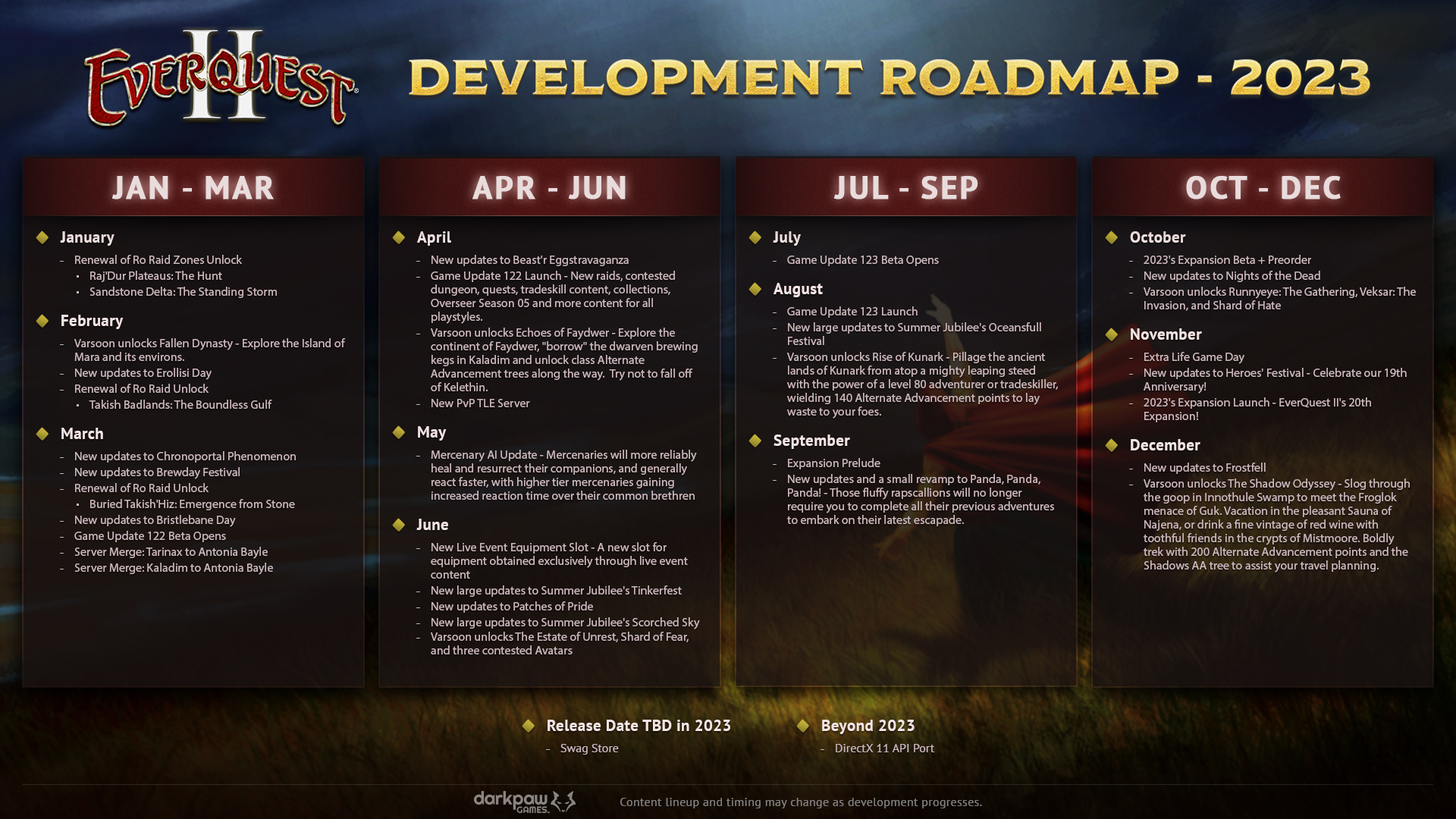 That about wraps it up for most of what you can expect this year. Lots of exciting things are coming up so here's hoping you're ready!

Prepare to see if it's leafier on the buried side,