Join us on Tuesday, July 12, for the start of the Race to Trakanon

A new day is dawning in Norrath. Head back to the beginning, gear up and group up, and race with your fellow adventurers! Do you and your friends have what it takes to make it to defeat the final event boss before others on the server? Do so, and you will be handsomely rewarded! (And there are rewards aplenty even if you’re not FIRST!)  EverQuest II’s first event server, The Race to Trakanon, is scheduled to open on Tuesday, July 12, 2016.

Event servers are something new for EverQuest II. Each event server will only be available for a limited time, and it’ll be set in some previous era of EverQuest II content. The Race to Trakanon will be set in Rise of Kunark.

Based on your achievements on an event server, players can earn rewards that can be claimed a character on another server of your choice.

Event Servers require an All Access Membership, and will only be available for a limited time.

Regardless of  playstyle, there’s something available for everyone on the Race to Trakanon.

Rewards come from completing various set achievements on the server. Completing the event achievements will give you event server currency, which allows you to work towards the rewards you’re interested in. Players can claim the event server currency on a LIVE character, and then can use it at the Event Server reward merchant that is located on the docks in Kylong Plains on all servers. 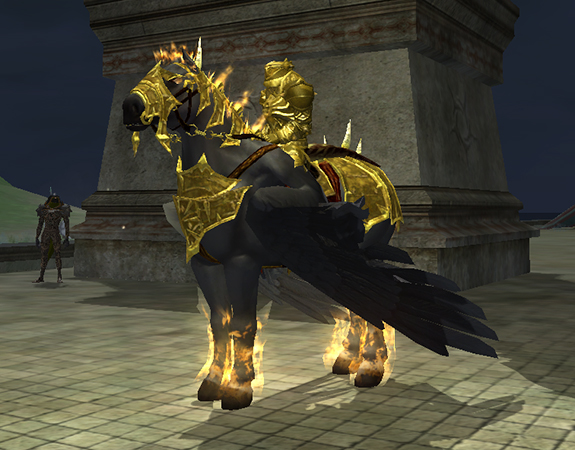 Special Note: TLE progression servers will not be able to access this merchant until Rise of Kunark is unlocked on their server.

If you’re looking for a challenge, there are different, special rewards available to those players that are the FIRST to achieve certain things, such as Adventure Levels, or getting your class’ epic. All rewards are granted via an account claim.

Some of the more unique rewards for being the first to achieve something on the Race to Trakanon:

There will also be special titles available for doing the following on The Race to Trakanon:

To keep things interesting during the Race to Trakanon, there are additional special server rules.

When Does The Event End?

The server will run at for a minimum of three months. While we expect that there will be players that defeat Trakanon much earlier than that time, we want to give players the opportunity to earn event server currency at their own pace, and use that currency for rewards for characters on other servers.

Will YOU Join Us for the Race to Trakanon?

We’re excited to see which players and guilds excel during the event, and what parts of this server that players enjoy the most.

We’re looking forward having you join us for Race to Trakanon. This event server is scheduled to begin on Tuesday, July 12, 2016.