Journey to the realm of the Aberrant in this zone preview of Kralet Penumbra.

In the ancient times of the Elder Age, the god Prexus claimed the mighty oceans of Norrath of his own and filled them with creatures of beauty, power, and terror. Among these early creations are the Aberrant (so called by the residents of Maldura who cannot pronounce the name they call themselves), a monstrous race of chitin-domed humanoids innately gifted in the arcane arts. While some abandoned the oceans eons past and dedicated themselves to Cazic-Thule, those who remain still honor their creator, who they know only as the Ill-Seen Master. Speakers and priests ensure order and obedience within the strict hierarchy of Kralet Penumbra, and the Grand Speaker Ynonngozzz'Koolbh ranks highest of all. 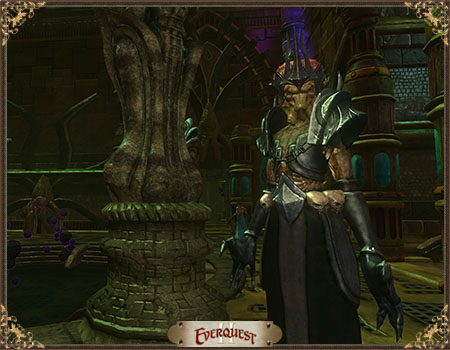 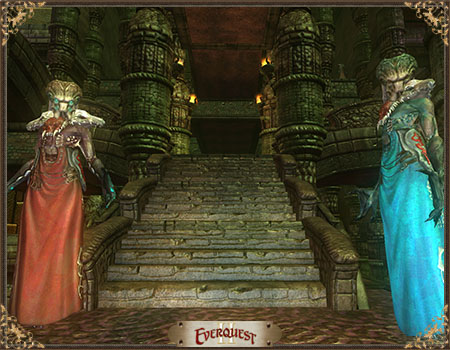 Adventurers seeking to aid the besieged residents of Maldura will find the Aberrant no easy foe. Indeed, unwary travelers unwise enough to be captured may spend the rest of their thankfully short lives serving as coerced minions to the Aberrant. Both heroic and advanced solo versions set in the theme of Kralet Penumbra are available, as well as a x4 raid that will challenge the most skilled raid force. Should you choose to investigate the secrets of Kralet Penumbra, tread lightly and prepare to strike first! 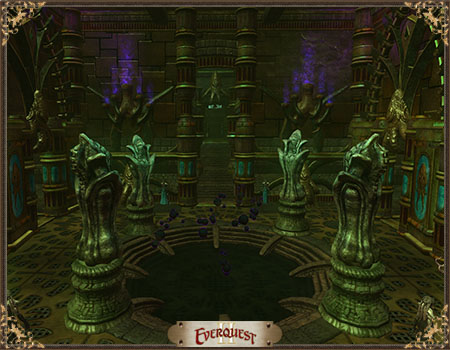 Terrors of Thalumbra, EverQuest II's 12th Expansion, is now in Beta and available to pre-order. Get your copy today!