The Children of War: Watch the Video

The Children of War continues the storyline introduced to players in the recently released EQII: Destiny of Velious expansion pack as part of the Age’s End Prophecy saga.

The plans of Rallos Zek are beginning to come to fruition and the mighty Fortress of Drunder, which once sat within the Plane of War itself, has appeared on Norrath, and now rests high above the Kromzek city of Kael Drakkel. From Drunder, Rallos Zek plans to rally his war parties, scale the massive sheer cliffs leading to the Western Wastes, and execute his plan to steal the power of Roehn Theer. It will take bold and daring adventurers to enter the fortress itself, unlock the secrets to the salvation of Norrath, and thwart the destructive agenda of the God of War. 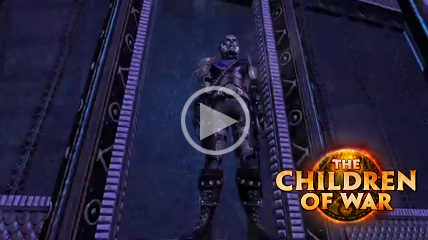