Start your adventures in Norrath, again!

Are you ready to relive your epic journey in EverQuest II? Heed the call of adventure and return to the Isle of Refuge once again on the new Time-Locked Expansion Server! The Fallen Gate server is scheduled to launch on Tuesday, June 27, 2017. 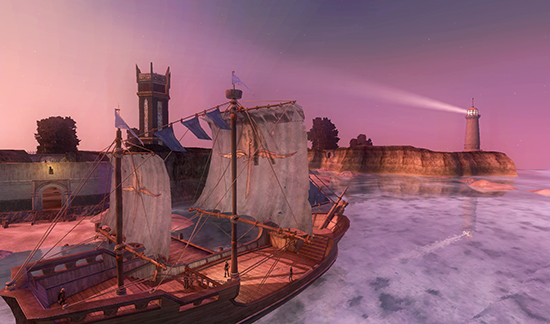 This will be a time-locked expansion server where expansions unlock automatically. In addition, Fallen Gate will have a new twist on Heritage Quests. Completing a Heritage Quest on this server will not only provide the quest reward – but an additional reward on EVERY server you play on.

All Races. All Classes.

Ever wanted to play a Beastlord or Channeler in classic EverQuest II? You can on Fallen Gate! All classes and races will be available when it launches!

Special Note: Players will still need the class/race features to play premium race and classes. Channeler and Beastlord Epics and certain class specific quests will only be available when the corresponding expansion content has unlocked on Fallen Gate.

For example, after you completed the Journeyman’s Boots Heritage Quest on Fallen Gate you’ll have a reward waiting for you for every character on your account on EVERY server.  You’ll be able to obtain a level 100 version of J-Boots on your regular play server, a level 90 version on Stormhold, and even a level 50 version for your Fallen Gate characters. Once you complete the Heritage Quest on Fallen Gate, these items can be purchased for free from a Heritage vendor located in Freeport and Qeynos.

Players won’t vote to unlock content on Fallen Gate. Instead, every 12 weeks, expansion content will automatically unlock. Content that was released in between expansions will release 6 weeks after its corresponding expansion has released.

That means 12 weeks of classic EverQuest II, 12 weeks of Desert of Flames, 12 weeks of Kingdom of Sky, and so on. This also means GU and Adventure Pack content will release in between expansions. For example, 6 weeks after Echoes of Faydwer is released, you’ll have access to Fallen Dynasty.

We’re excited to have you join us for the new Fallen Gate Time-Locked Expansion Server, starting on Tuesday, June 27, 2017!