The Djinn Master has been revamped!  Learn more inside!

We’ve all been there, right? We’ve all been sitting perched atop a floating majestic palace, raid team ready to go and crush the life out of an evil Djinn. The fight goes as planned, the main healer doesn’t AFK, and among the wispy corpse you find an unusual array of drops.

Why did you get that Fighter breastplate and Scout gloves instead of Cleric gear? Is there a trick to getting which items you want?

How and why things drop are what a Development Team refers to as itemization. They are constantly examining what rewards players are receiving for quests and encounters to determine if items are balanced and worthwhile. Recently, the team decided they wanted to give you a taste of the juicy gear you’ll find in the Tears of Veeshan, so they made changes to way some of the Djinn Master’s loot works. Brace yourselves!

First, the Djinn Master will now reward different breastplate patterns instead of specific items, so no more taunting the Scout because you haven’t seen a drop. Exchanging these patterns for something that fits your class is now possible through an NPC in the zone.

It’s not just about the Djinn Master though! Both versions of Wurmbone’s Crag, Wurmbone’s End, and Chelsith: The Ancient Vault also have new powerful Ethereal jewelry available from Tears of Veeshan. Below are two examples of what you’ll be able to find now: 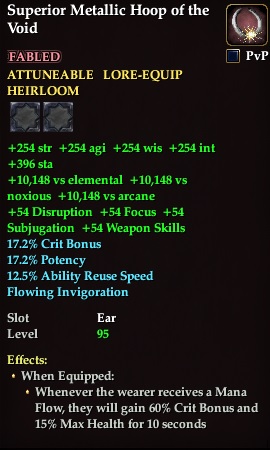 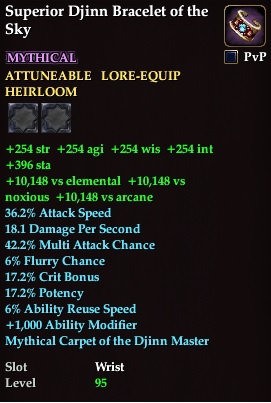 Amazing right? Grab your friends, get out there, and start arming up with this new gear!  Also, don't forget to pre-order Tears of Veeshan!