Find out what dangers are hidden deep in the labyrinth of Zavith’loa!

The Pygmies of the Tranquil Sea lived their lives not knowing that they shared their island with a subterranean threat. Deep underneath Dshinn live the lizardkin tribe, Allu’thoa. Using their magic to control the flows of magma, the Allu’thoa carved out their home, a below-ground labyrinth known as Zavith’loa. Worshipping their enigmatic god of lava and prophecy, the Allu'thoa lived for millennia sequestered from the world above. 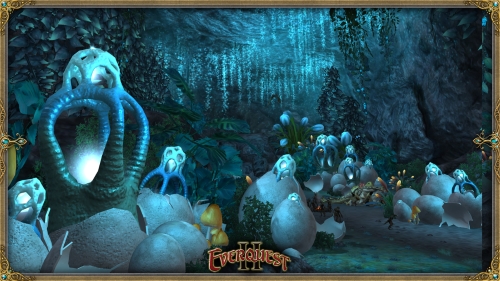 Now, driven by the ravings of their high priest, the Allu’thoa have broken to the surface to terrorize the Pygmies above and annex Dshinn as part of their domain. The Allu’thoa enslave and sacrifice the Pygmies as they rampage and slaughter through their lands. Delve into Zavith'loa and cut off their invasion at the source. 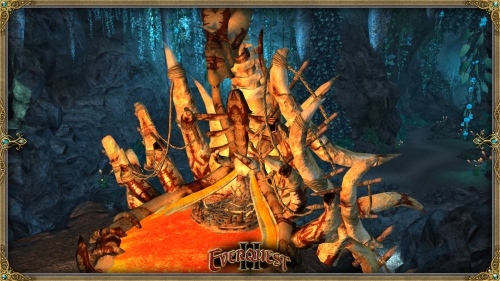 Make your way to the isle of South Dshinn to discover the lost caverns of Zavith’loa. Will you be ready to help stop the Allu’thoa from decimating the Pygmies when Altar of Malice launches on November 25, 2014? All-Access Members can begin their adventures in the Tranquil Sea two weeks sooner, starting November 11, 2014. Are you brave enough to enter the labyrinth and face the Allu’thoa head-on?

Share On:
Previous Article News Archive Next Article
Nights of the Dead Returns to Norrath!
Missing These Items Would Be A Grave Mistake!
Download
Filter By: