Unlock ancient Shissar secrets deep within the corridors of the crumbling Ssraeshza Temple!

For centuries, Ssraeshza, the last bastion of the Shissar, loomed forebodingly over the gray plains of the moon, Luclin. During The Shattering, Ssraeshza was among the chunks of Luclin that rained down on Norrath. The temple landed inverted within the Phantom Sea, where it formed the island known as Grim Shales. The shattered walls of the temple created a terrible landscape, treacherous to even the hardiest of explorers. 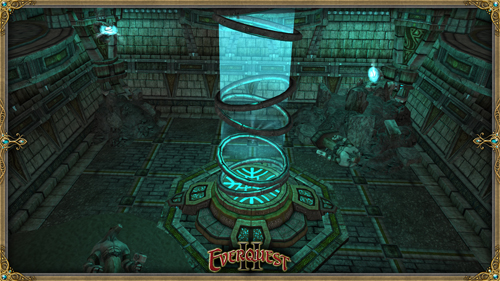 Though the great temple sits in near ruin, a dark force has begun its reconstruction. The Akheva and their subjugated Grimlings have been silently restoring the temple’s focal power, venturing out into the Shattered Seas to procure the necessary components. What mysterious designs do they have for our world? Can they be stopped before their shadow stretches over all of Norrath? 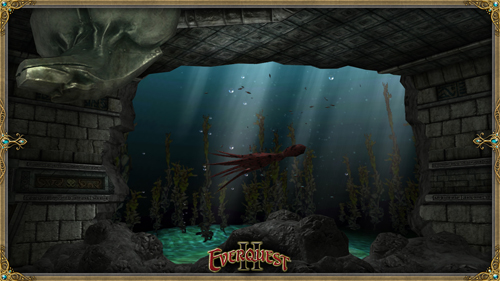 It is up to you to enter the temple and stop these dark forces before it’s too late! But be warned, there are more than just Akheva and Grimlings lurking in the temple ruins. Adventurers will be able to explore various parts of the Ssraeshza Temple through exciting solo, heroic, and raid content. Will you be ready to enter the temple and stop the dark forces when Altar of Malice launches on November 25, 2014? All-Access members will save 10% on the expansion and will be able to begin their adventures two-weeks early, starting on November 11, 2014! Will there be enough treasure to make up for the dangers you’ll encounter deep within the crumbling corridors of the Ssraeshza Temple? Join the adventure and find out!