Join Us for the Rum Cellar Campaign this April!

The Rum Cellar Campaign is our next release coming later this month! Find out a bit about this exciting new release.

We’ve been toiling away hatching our plans and are ready to talk about our bigger targets for the year ahead. 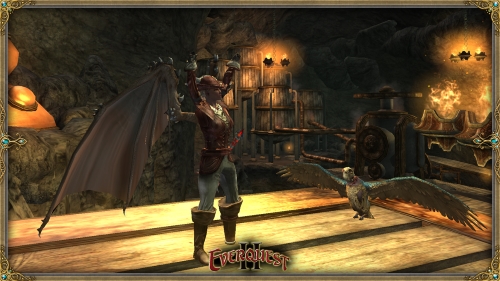 I’ll start by saying we’re preparing for a new release at the end of April that we are calling “The Rum Cellar Campaign.” This is the first step on a new path for us and one we are jazzed about. Let me explain for a sec…

As you know, we are players as well as devs and we want our characters to be growing and changing and having lots of fun with our friends. So, what does this mean? As a team, we decided we want to release content to you more often than one big release a year.  So, we’re introducing what we’re calling “campaigns” – because it seems apropos for what we do as an RPG! You can think of campaigns like DLC packs you see in other games.

Why the change? We want to keep the world turning with intrigue and fun and be able to react more quickly to you, the community, and do what’s right for the game at the moment. The Rum Cellar Campaign is the first stab at what we see as a DLC-type of release philosophy.  We have a much larger one planned for late fall too.

For the sake of clarity, we will release a similar amount of content as an expansion over a year, but in packages that make sense to us and the ever-changing community.

With that in mind, our goal with future releases is to also offer variety for all the ways you play – like creative bundling of content options for families or players with multiple accounts, decorators, adventurers, crafters, and collectors, for example.

In case there is any doubt, character advancement remains a focus in our future, but we’re staying at Level 100 for a while. We want to spread our wings on character progression later this year and work on some cool new stuff with existing systems, like renewing the Deity System that brings more meaning to experience you earn in the world.

So, what’s in The Rum Cellar Campaign? It includes a new distillery-themed environment tied to Altar of Malice (the 2014 expansion and Level 100 are required to play it given it is integrated with the mechanics and storyline). In this campaign we have an event solo zone, heroic and event heroic, and raid.  There is new loot in the zones as well as on a merchant tied to this campaign who accepts Ferrins. There are new collections and achievements and a cool zeppelin mount that drops in the content as well as one that can be purchased on the Rum Cellar merchant, and a pretty noteworthy drop will be a drunken monk elite merc...hiccup. 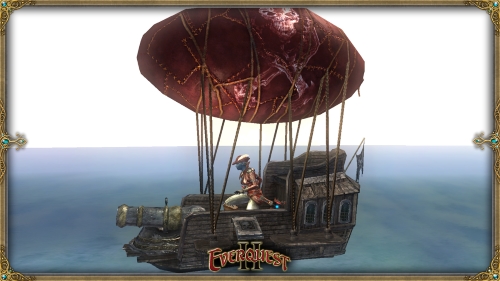 The Rum Cellar Campaign will be available for $15 and we’ll be offering some bundles with a discount on the Altar of Malice expansion. We’ll get those details to you very soon. The new campaign content will be going to Beta in the second week of April and we’d love feedback from players who want to help us test it.

In other news, you may have noticed weekly updates on each server as we lay the groundwork for Cross-Server Dungeons which are planned for late summer.  We appreciate your patience as we take on this substantial amount of work. These are some pretty meaty changes that will give us some great new options in the game and development.

As I said in my last letter, we are continuing to look at ways to improve performance.   And, in case there is any doubt, we will continue to bring you infamous holiday fun throughout the year and regular attention to bug fixes.  Please continue to use /bug and /feedback if you are experiencing issues.

We’ve got exciting times ahead and a lot of plans up our sleeves that we’ll share as we race along. Your passion and love of our game is shared here and I can’t say enough how much we appreciate your support and feedback.

Share On:
Previous Article News Archive Next Article
What Laughs and Pranks Await You During …
How About a Double XP Weekend for All Access …
Download
Filter By: