What Laughs and Pranks Await You During Bristlebane Day 2015?

Bristlebane Day is a holiday that celebrates mischief of all sorts. Bristlebane Day 2015 starts on Friday, March 27 and runs until 11:59PM Pacific on Thursday, April 9, 2015. 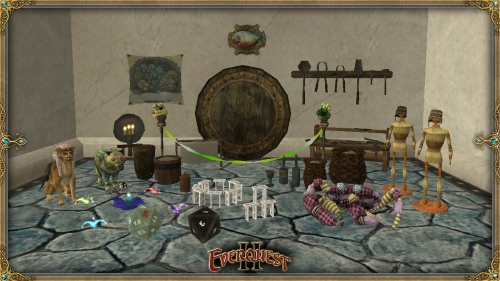 You would have to be an April Fool to miss anything that’s happening on April 1st! For example, look for Jester's superior gardens found across the Enchanted Lands, as harvestables from other holidays can be found here during April 1st only!

This and more can be found in-game for April Fools’ Day!

Looking to learn more about Bristlebane Day? Check out some of our great fansites that have information of your about this event!

Jesters, thieves, bards, and fans of mischief are encouraged to enjoy the Bristlebane Day festivities, and we’ll see you in Norrath!

Share On:
Previous Article News Archive Next Article
The Chronoportal Phenomenon Returns for a Limited…
Join Us for the Rum Cellar Campaign this April!
Download
Filter By: