EverQuest II: Skyshrine Behind the Scenes

Get a first glimpse of the next EverQuest II Game Update – Skyshrine! 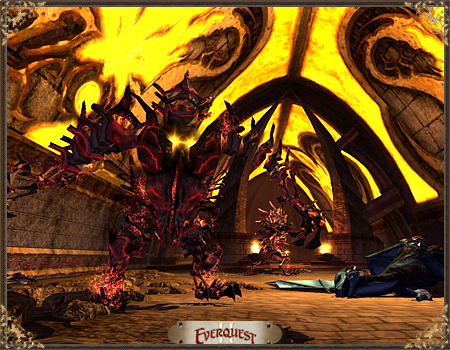 Get a first glimpse of the next EverQuest II Game Update - Skyshrine. Our talented Senior Artist, Tad Ehrlich, takes you through the Skyshrine courtyard giving a taste of this exciting new content coming this April.

The Destiny of Velious saga continues as adventurers breach the barriers of the Withered Lands seeking entrance to Skyshrine, the glorious ancient dragon city! The great citadel of Skyshrine has long housed the group of dragons known as the Claws of Veeshan behind its massive walls and arcane protections. Now, the unthinkable has happened -- it has become besieged by powerful forces. Aid the armies of Norrath in reaching Skyshrine, explore the intrigues of dragon kind, and save their embattled city!

Check it out today!