Nights of the Dead Comes to Norrath!

That chill in the air can only mean one thing – the Nights of the Dead have returned to Norrath!

The skies darken and a blustery wind blows across the land, sending shivers down the spines of all Norrathians. Though it was long ago, the memory of the undead assaulting the city of Maj'Dul is strong. And goblins and ghouls and all things frightful are once again emerging from the shadows on the anniversary of this event! It's time for Nights of the Dead!

Whether you're the crafting kind or a daring adventurer, there are new and exciting additions for 2012 as well as returning favorites! There's something for everyone as all of Norrath comes together to enjoy this holiday! 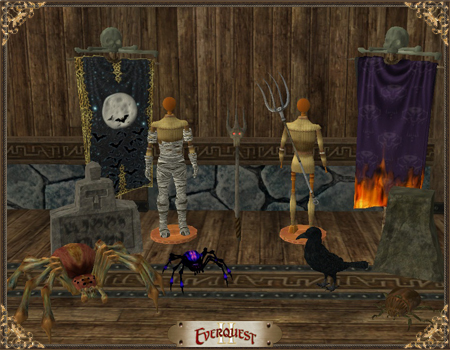 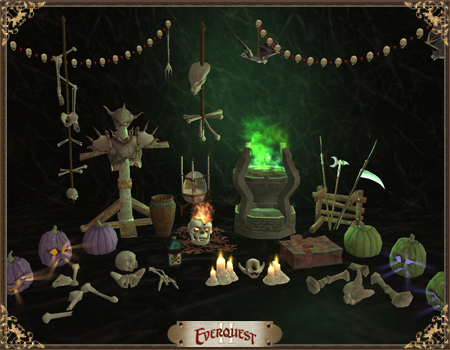 And here are just some of the returning favorites!

The Nights of the Dead will be celebrated across Norrath from Thursday, October 11, 2012 through Monday, November 5, 2012 on live servers. So sew up a costume or buy one from a local merchant and join the frightful fun! 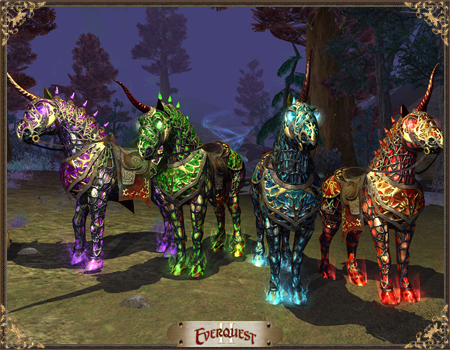 Also, be on the lookout for frightfully fun items in the Marketplace, including a herd of unicorn mounts! One new unicorn mount will be released each week.

Visit these fansites for extra details and additional information about Nights of the Dead in EverQuest II!