It’s time for the third month of the Facebook Quest! This month’s reward is a mount! 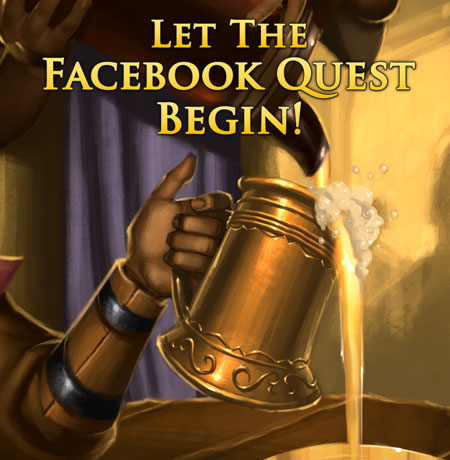 The second month of this quest has come and gone. This month's quest was to get an additional 2,000 Facebook likes to both the EverQuest and EverQuest II page. This quest was a little more difficult compared to the first quest as only the EverQuest II community completed the quest. For that, every player who has logged into EverQuest II since that game converted to free-to-play has been granted with an XP potion (extended potion of the advanced) and three (3) no trade digital booster packs of LON set #13, Priestess of the Anarchs!

The goal for the third month is to increase Facebook followers for EverQuest or EverQuest II by 3,000 likes respectively by August 23rd. If your game's Facebook community has achieved the goal of 3,000 additional Facebook followers we will once again reward every player who has logged into your game since it went free-to-play (once per account), but this time with a mount! For EQ, your mount will be a Braxi Mount and for EQII your mount will be an Opalescent Prowler. Make sure your game (or both games) meets its goal. We might even reward you sooner if you reach your goal before the 16th, of course at SOE's discretion.

Keep up the hard work and remember, you are fighting your counterpart for a double experience weekend! The winning community (based on its proportional growth) will be announced during SOE Live (Oct. 18th, 2012). Will you step up and help your community win?

Share On:
Previous Article News Archive Next Article
Official SOE Podcast #133 is LIVE
And the Battles Rage On…
Download
Filter By: