Fan Faire - Don’t Forget to /testcopy for the Tournaments

If you're attending Fan Faire and interested in participating in the EQII Platinum-Pass Battlegrounds tournament or the Zraxth's Unseen Arcanum tournament, you might want to compete with your own character. 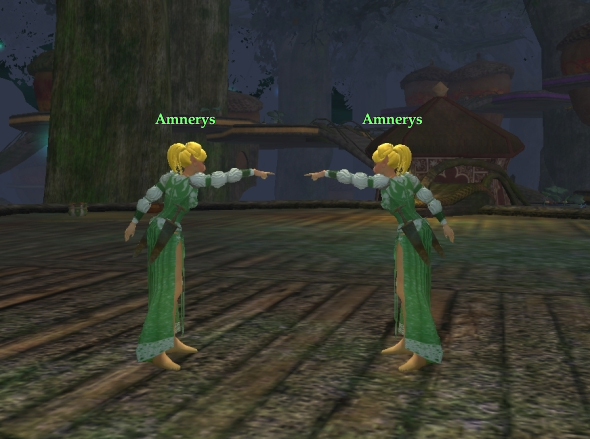 If you're attending Fan Faire 2010 and are interested in participating in the EQII Platinum-Pass Battlegrounds tournament on Thursday night, or the Zraxth's Unseen Arcanum tournament on Friday, you might want to compete with your own character. If you just read that statement and said, "Yes. Yes, I do!" then keep reading to find out how!

To enter the tournaments with a character you already know and love, please be sure to type /testcopy while you're logged into the game with the character you wish to compete with, sometime before Thursday. (It can take up to 24 hours to update copied characters, so the sooner the better!)

There will also be buffing available for characters created on-site.

Don't forget that in order to see your copied character you need to make a character on one of the test servers first!

The Battlegrounds tournament will run from 10pm PDT until 1am PDT on Thursday night, after the Welcome Reception, during the Late Night Gaming session in the Grand Ballroom. Sign-ups will be available in the Platinum Lounge earlier in the afternoon.

The Zraxth's Unseen Arcanum tournament will run from 10:30am PDT until 6:30pm PDT on Friday in the Grand Ballroom. Sign-ups will take place during badge pick-up and registration. Visit the Community Relations table for more information.

Make sure you /testcopy your character as soon as possible!! We look forward to seeing you at the tournament.