Get to know your Dev: Episode 2

Time to check in on employee appreciation day with Creative Director for EverQuest II, Kyle Vallee! 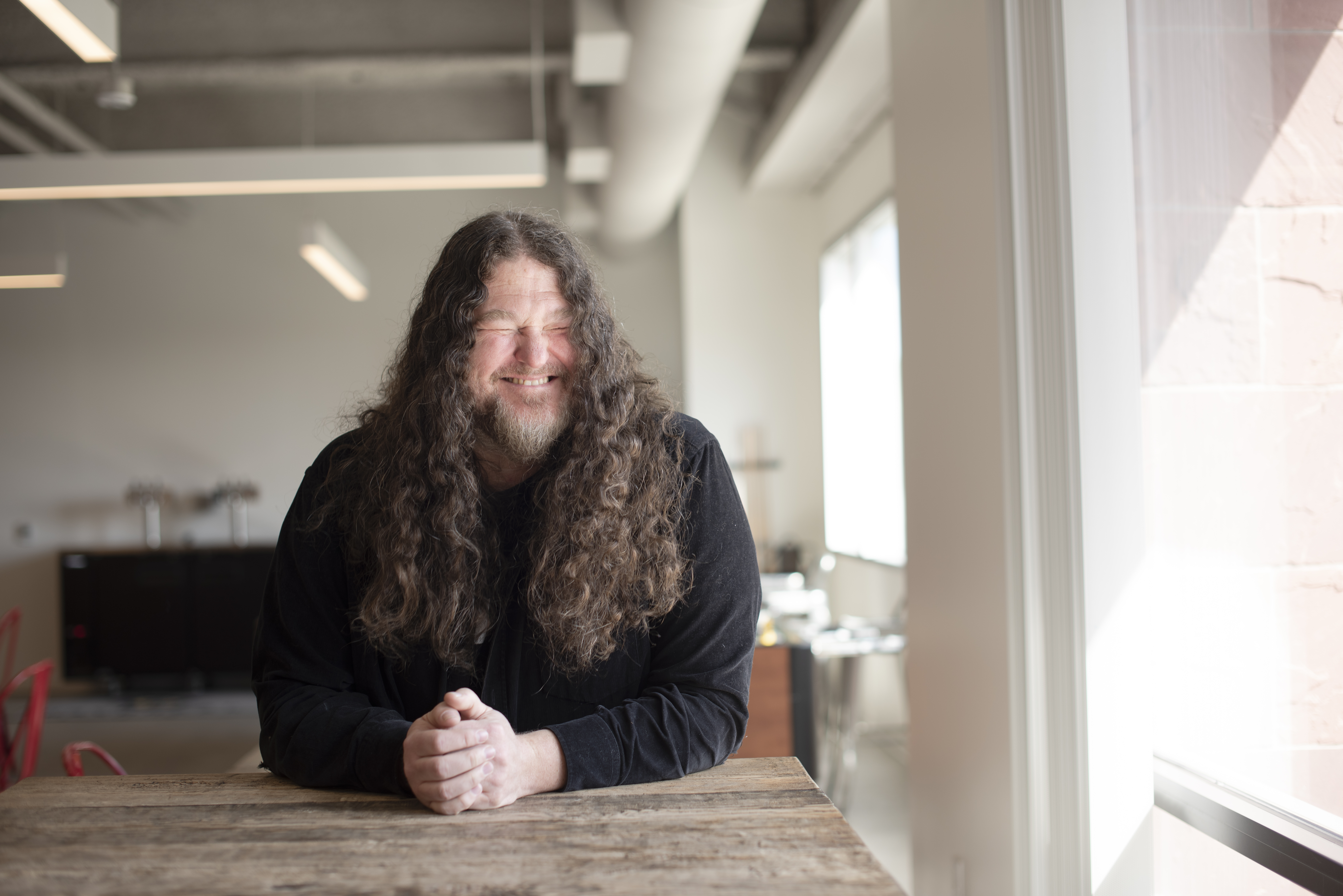 How did you come to work on EverQuest / EverQuest II?

[KV] I started in 2001 as a GM, I had owned a collectibles store and sold MTG cards to a few of the SOE employees. I started playing EQ in beta and ended up going to SOE and getting a GM job for fun. Then I found out about being a design apprentice and the rest was history.

How long have you been working on EQ / EQII?

What was the first project you worked on for EQ / EQII?

[KV] I had done a ton of drop quests as an apprentice and I did solo quests in Antonica and in Zek. My first real quest line was with Birchbark Oakleaf in Zek, the Orcish Wastes. I really enjoyed working on quests, eventually doing epics and heritage quests. I would say the Brigand, Ranger and Shadowknight Epics were my favorite quest projects. Those were great!

What is the favorite project that you’ve worked on for EQ / EQII?

[KV] I have always loved doing heroic content. I would say the Vasty Deep or the Guk dungeons were probably my favorites. I remember how much I enjoyed Guk in EverQuest, so I wanted to do it honor. I still to this day have the goal of putting all the Guk dungeons together into one massive dungeon and making an EQ2 contested version of Guk. That would be the only true way to do it justice.

[KV] An apprenticeship and quite by accident. It was never an intention. I guess you could say I stumbled onto it. A very good friend of mine got me into EQ very early, and at that time, I didn’t even own a computer. I had consoles, played CCGs and all sorts of games. I put together my first computer to play EverQuest. I have been a gamer my entire life, I even worked in an Arcade for a time!

[KV] Get a computer science degree or become a coder or a graphics or a sound engineer. If you really want to become a designer, just getting some experience can be a challenge. There are many schools that offer game design degrees now and days. Breaking into it without any school could be difficult these days. I know many who started as QA or CS for other companies that got opportunities similar to what I was lucky enough to get.

What/Who is your favorite [item/npc] on EQ / EQII?

[KV] My favorite NPC is probably Lanys T’Vyl. I loved her power, strength and audacity of taking the throne from Innoruuk and ceasing the crown of Hate. I had a lot of fun getting to be involved in the Altar of Malice key art from a design perspective.

Working with our art director, Tim Heydelaar, and the artist was a lot of fun. I feel like Lanys came out powerful in her full plate with her giant sword and shield. It was a real goal to get away from the less clothing = more AC type art that fantasy has had in the past and make something awesome.

As far as favorite item, that is a tough one, there are so many. Probably the EverQuest II Epic weapons. If the epic quests were not so much work and time, I would want to do new ones every 2 or 3 years.

[KV] Raids were probably the most challenging and rewarding. I stopped doing raids after exp10 or exp11. But I would say Soren, the Vindicator contested raid in Kael Drakkel, probably along with the entire Kael Drakkel zone was probably my largest challenge. Also all of the Skyshrine dungeons rank right up there. There was two of us, myself and Peter Chang, who basically did all of Skyshrine [Not counting the quests], and we were determined to deliver a large amount of content after Age of Discovery. I will not go into why… But those who have player the game and remember get what I am saying! lol

[KV] That list is so long I do not even want to begin to contemplate it. Maybe just dealing with people in this industry, designers, artists, coders are all very different and wearing different hats when you talk to each discipline is something I became very good at over the years, but I was terrible at it in the beginning. I would estimate I set myself back quite a few times by not knowing this sort of thing.

I felt like I was a creative and I had to be honest about how I felt about certain things, and many times that went completely unappreciated. I never wanted to be a lead, I had been a Lead GM in customer service and when I became a full time designer, I vowed to never be a supervisor again. My goal was to be a senior level designer and do dungeons forever.

I will say now, learning to work with all the different disciplines on a project like this became something I really value, and I got very good changing gears from when I talk to artists, coders or designers. Even just different designers requires a good perspective when dealing with creative and passionate people. It can be fun though and now I wouldn’t go back.

[KV] I am a musician and have been most of my life, so just being creative for a living seemed to be the ultimate payoff. However, you learn down the line that being creative on demand can be taxing, even exhausting.

What do you love about working on EQ2?

[KV] My greatest passion for this game has been creating worlds and content. The more fabulous and fantastical we can get, the better. For instance this year, Shadeweaver’s Thicket, I feel was probably one of the best collaborations I have had with art and the outcome of the overall zone is just fabulous.

That was a real joy to work on with Tim Heydelaar on, and we went back and forth on the art on a daily, weekly basis. From concept to coming alive, the zone really came out so much better than everyone anticipated. We really managed to capture so much of what we were shooting for within one zone and make it feel incredibly cool.

Thanks for taking the time to answer our questions today Kyle!