Mischief and Mayhem are headed your way in the next EQ2 game update!

On March 16, 2019, adventurers are invited to partake in the boundless Mischief and Mayhem of GU109! There are a number of new quests and adventures to be had for Norrathians that are willing to seek them out. 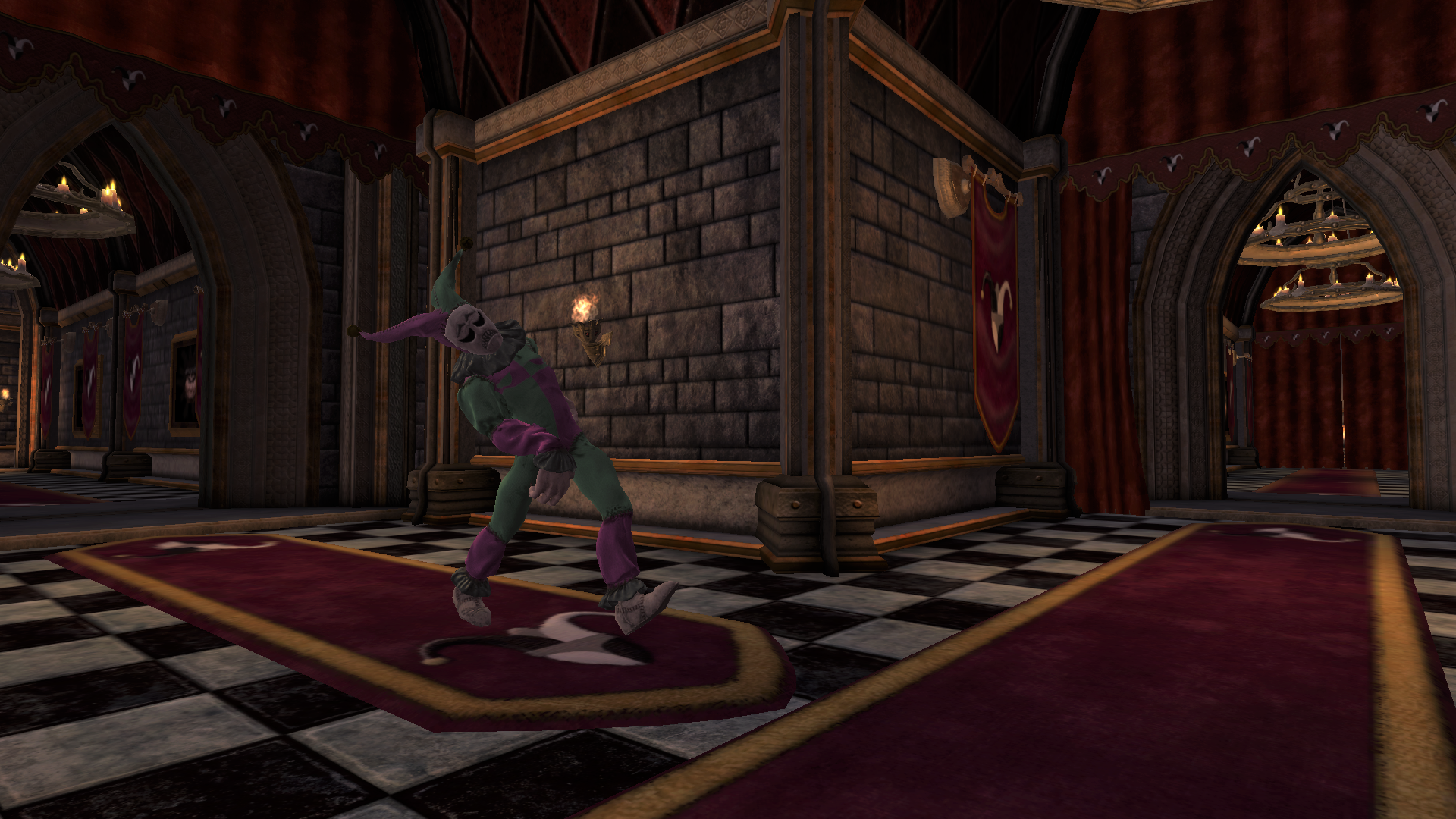 As is the nature of Bolgin Serilis' disaster-inducing creation – the goblin – wherever they go, mayhem follows. And nowhere on Norrath, or on any other known (and quite possibly unknown) plane of existence, is this more evident than within their underground citadel of Runnyeye. However, it's not just the Runnyeye clan of goblins causing a raucous heard as far away as The Fool's Gold. Oh no, they've decided to throw a party! A great gathering of goblins, from every nook and cranny, have descended into the dungy depths of Runnyeye, and are just waiting for someone to crash their party. That someone might as well be you, brave adventurers!

And as is typical of goblins, they couldn't decide on a theme for their gathering, so you get your choice of parties to crash! If you're the [Solo] type, then brave the stench on your own or with one other. If you want to bring your own clan (up to 6), then cause an even greater stink in their [Heroic] gathering! But why stop there? Three tiers of unruly goblin [Heroic] gatherings and their hoards of treasure await your rummaging, so get in there and cause a riot. Those goblins won't know the difference! You can reach their Fabled citadel from the Prophecy Portal Gallery within Myrist, the Great Library.

The dust has settled, the parlay has ended. The armies of Freeport and Qeynos have retreated back to their respective cities. What remains of the New Combine? Very few have stayed behind to finish the work that all once believed was possible – and they need help. Whilhelm Nam’terin was once a dockmaster for the New Combine but he has since shared his dream to create a research society with to cultivate new and unique curiosities. Whilhelm is calling for the aid of any capable tradeskiller to help make this dream a reality. Do your part to help form the Anchorage! Those wishing to lend a hand can find Whilhelm near the Salt Breeze camp in Cobalt Scar.

This new questline requires level 110 in any tradeskill class and completion of the “Scrivener” quest series from Chaos Descending.

Band together with your tradeskiller allies and help these new academics research all new recipes! Much like tradeskill apprentices, they can discover new unique recipes over time. Anyone can help speed things along by completing new missions for them, which will reduce the amount of time needed for the active research task. You'll also earn a special currency by helping the researchers along through the missions. Once the research is completed, the recipes can be bought from a nearby merchant with your earned currency. These researched recipes are server-wide unlocks instead of just individual rewards!

There are many Public Tradeskill Apprentices available with GU109: Mischief and Mayhem and each can level up in rank as they get through their respective list of recipes to research. The further through their list of research, the higher rank they become. The higher rank they become, the more items become available to purchase on the respective merchant. Most are unlocked through the research, but some purchasables will be unlocked based on each researcher ranking up.

Long thought to have been lost, Castle Mischief sits nestled into the rocky cliffs of the Cobalt Scar... or at least it does for now. It is rumored that the castle can exist anywhere Bristlebane wills it to be, giving him access to anywhere in Norrath and beyond! The castle was recently discovered by an ex-boatmaster for the New Combine when excavating an abandoned mine in the area. Inside the mine, strange architecture and odd creatures were discovered, but they dared not enter the castle without the proper force to watch their backs. That is where you come in, dear adventurer! 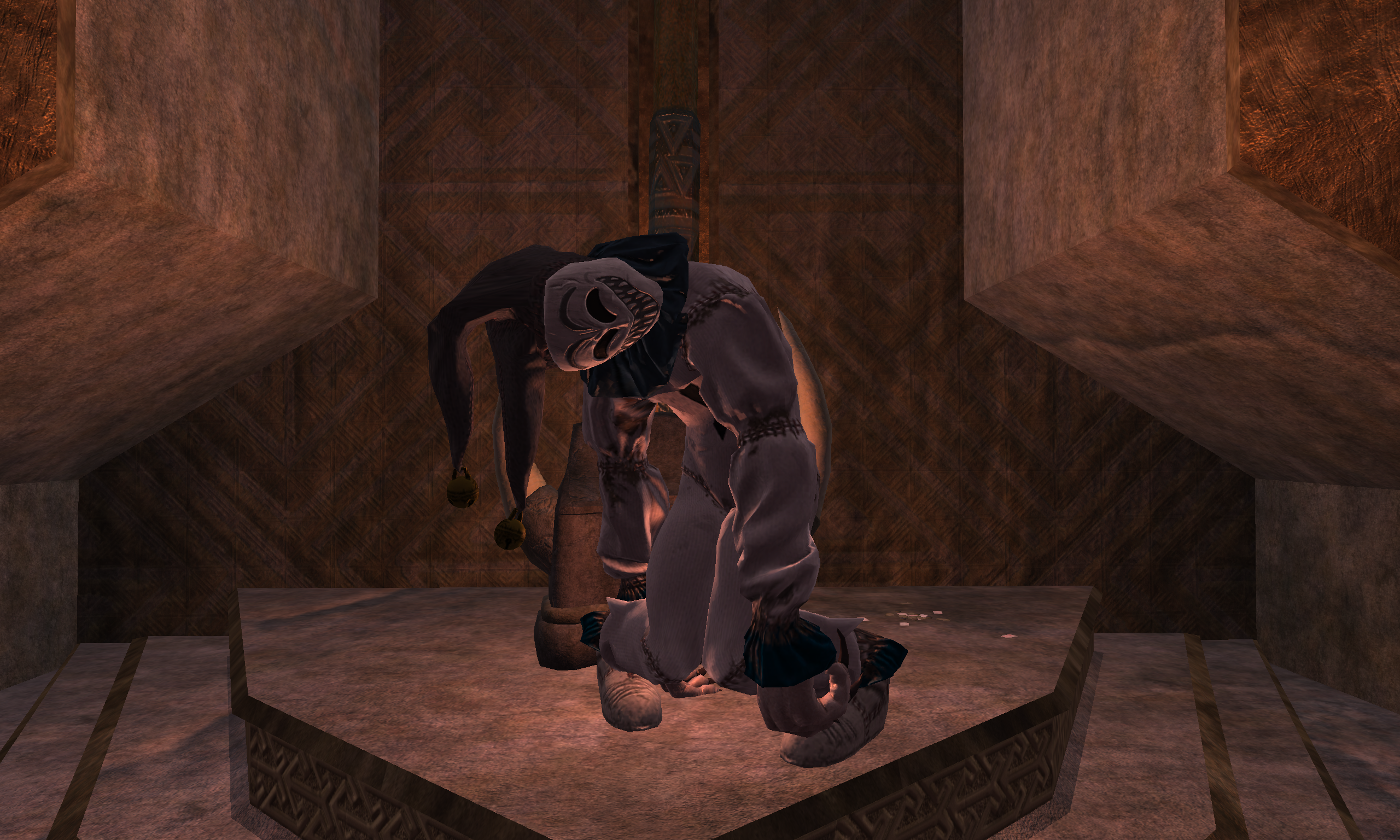 Explore the castle, figure out its mysteries, and deduce just what Fizzlethorpe Bristlebane has been up to for so long. See what strange creatures he commands and see for yourself how far Bristlebane’s reach can go... though you may just find yourself in a familiar place with no idea how you got there, and no idea how to get home. If you do manage to make it through the twisted halls and back, you're sure to discover new items and puzzles.

Castle Mischief is only available as a raid for four groups of players. However, the difficulty rests toward the low to medium difficulty so that everyone, even pick up groups, can join in on the mischief!

Get ready to start stirring up new adventures when GU109: Mischief and Mayhem launches on March 16, 2019!

Share On:
Previous Article News Archive Next Article
Kaladim TLE Server - Coming March 16, 2019!
The Chronoportal Phenomenon is Back for 20 Years …
Download
Filter By: