Set in the world of EverQuest, the tale of the Drakkinshard recounts the adventures that ensue when a piece of the dead god Cazic-Thule lands in the Serpent’s Spine mountains, and is discovered by an ambitious Drakkin mage by the name of E’drasha Vasl.

I am really excited to be taking over the position of Lead Designer of Legends of Norrath. As a designer, I really see my job as empowering player choices, not just tactically inside of a match, a place where LON excels, but also at the level of deck creation.  This is my goal, not just for this set, but for the future as well.

With this in mind, a lot of the new inclusions are aimed at strengthening aspects of the Standard Environment that, based on our tournament data as well as conversations with experienced players, are currently somewhat underrepresented. Both fans of fast UVA decks and Questers should find a host of new tools at their disposal, as well as some old stand-bys that we are reprinting for use in Standard. A number of other cards, and in particular a new series of Quests which we will be previewing today, have robust combo potential.

Don’t worry AVA and direct damage fans – there are also a number of new cards intended to amplify these strategies as well!

Since I know how much many of you like playing single player, I am also happy to announce that we will be offering a full eight scenarios for Drakkinshard!

Set in the world of EverQuest, the tale of the Drakkinshard recounts the adventures that ensue when a piece of the dead god Cazic-Thule lands in the Serpent’s Spine mountains, and is discovered by an ambitious Drakkin mage by the name of E’drasha Vasl. Corrupted by its dark whispers, she sends invitations far and wide to those greedy for power. Only her sibling, E’drasha Rho, stands able to thwart her dark design. Invitation in hand, will you aid her in her quest to defeat her sister? Will you be able to resist the corrupting lure of the Drakkinshard? Find your answers as you work your way through eight new scenarios! 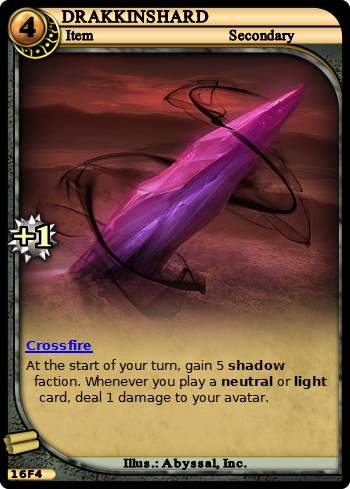 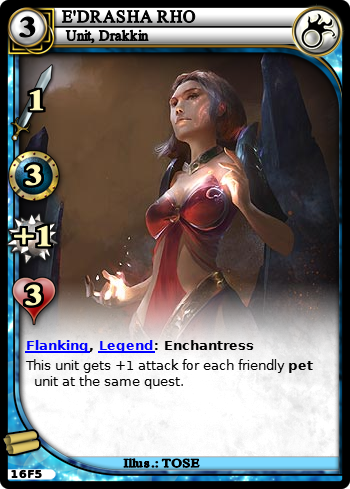 Whenever this card is exerted for damage bonus, deal 1 damage to your combat opponent’s avatar.

It is distributed on all different types of cards: 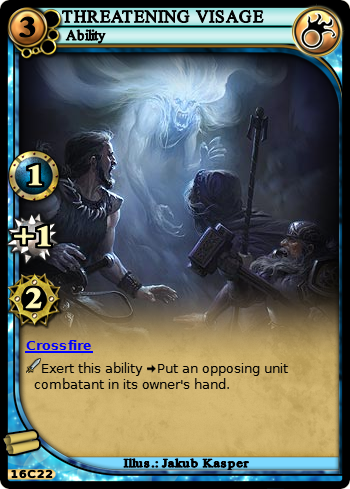 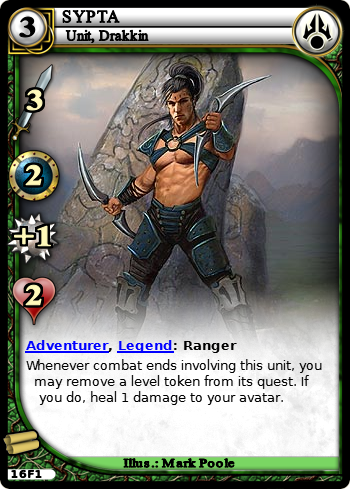 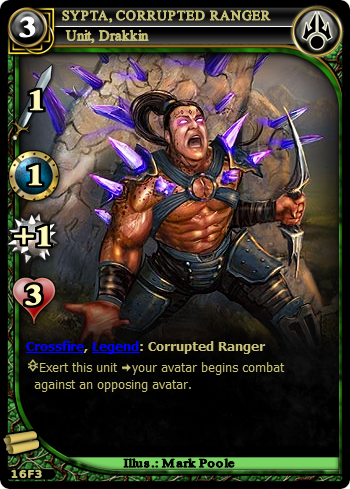 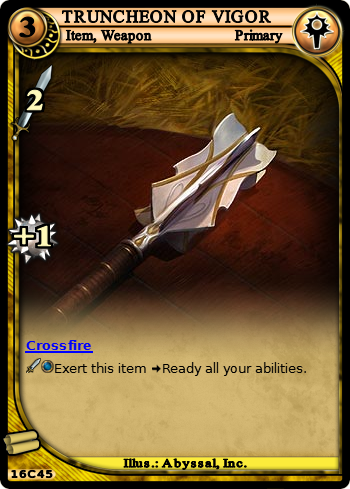 The intention behind Crossfire is twofold:

My favorite part about most of Crossfire card designs is that they often have strong exhaust effects. This presents you with an interesting tactical choice: do you use the exhaust action, or do deal one over the top to your opponent?

One of the new races featured in Drakkinshard is the Swinetor (the other is Alaran, which I will let you discover on your own). A couple of the Swinetor have solid potential in very aggressive unit decks: 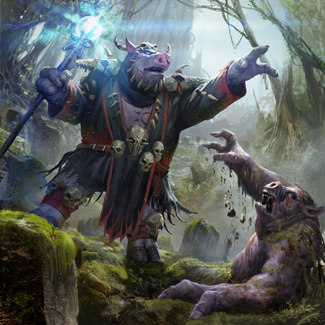 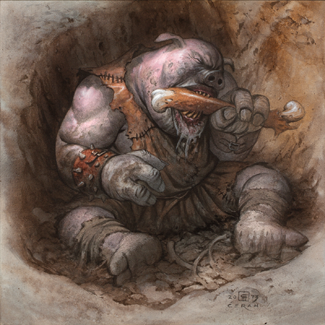 They also form something of a natural combo if you are lucky enough to draw them together.

We are also reprinting a number of potent 1 and 2 cost units from earlier sets in order to bring them into Standard, including: 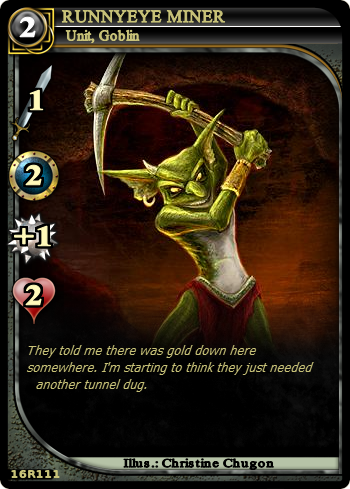 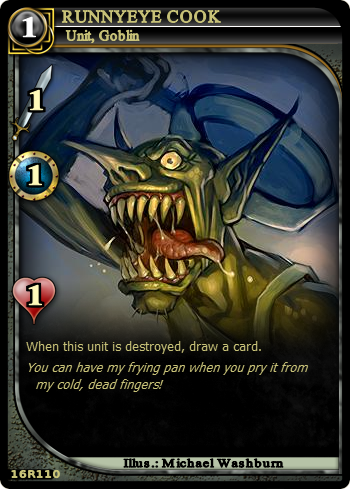 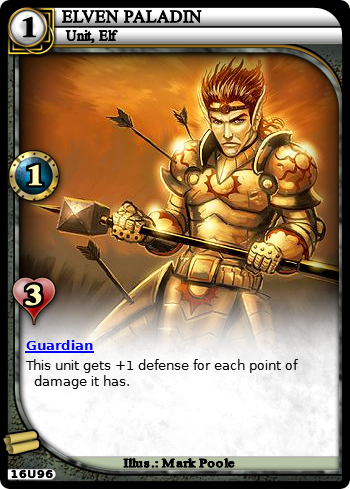 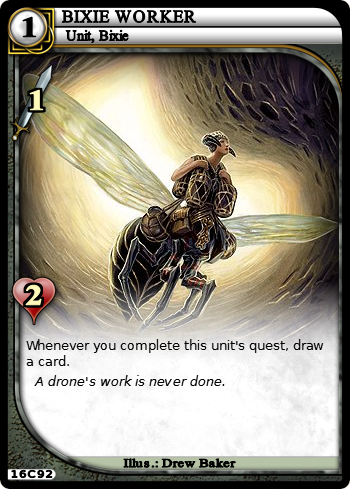 Some more of your favorites that are returning, ones that should that help foster (or defuse!) different strategies, include: 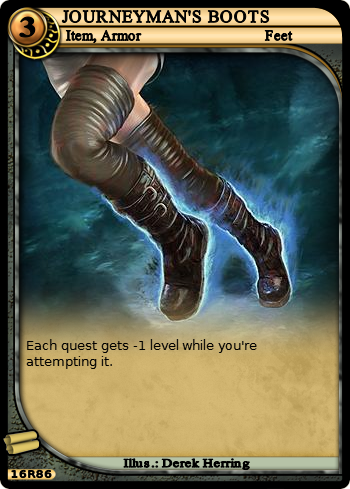 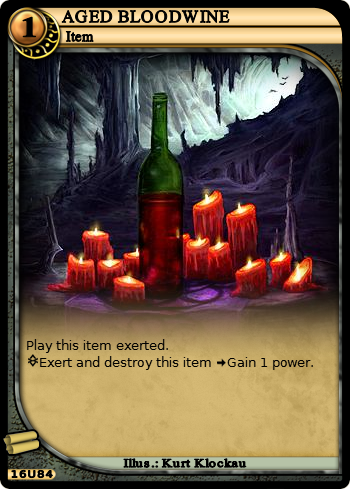 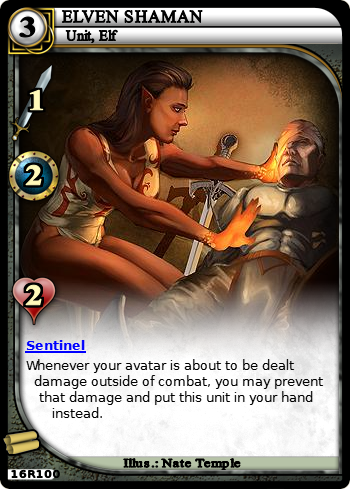 Drakkinshard has a couple of very strong series of quests that focus on the relationship, both positive and negative, between Avatar type and card type. 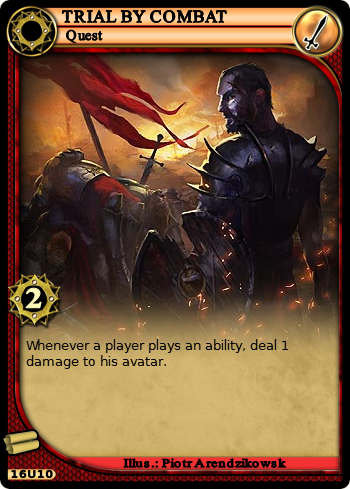 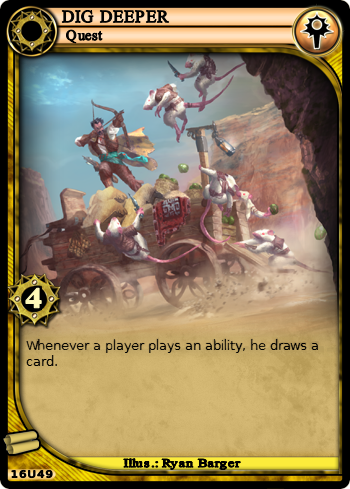 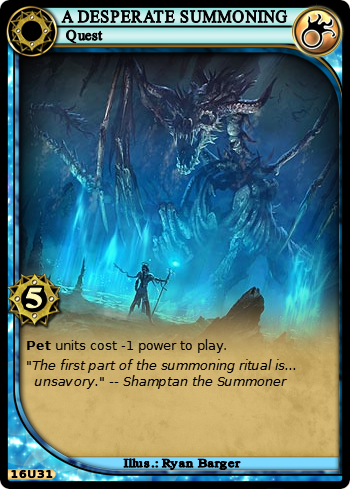 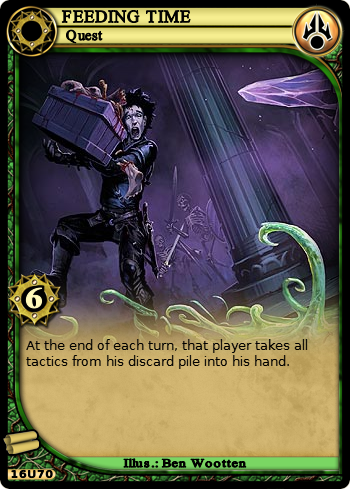 All in all, there are over 100 new cards in boosters, plus nearly 20 more in promos, as well as a bunch of new Loot cards for both EverQuest and EverQuest II.  Legends of Norrath : Drakkinshard launches on August 13th, 2013.