This weekend all players receive DOUBLE Far Seas Ferrins as well as other alternative currencies. 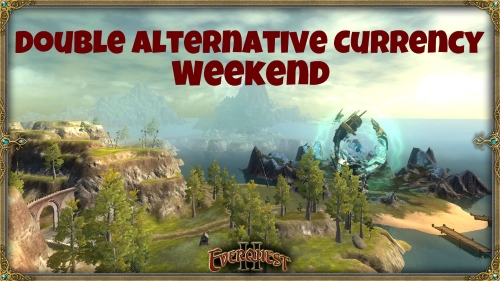 Hey players! Do you like collecting various types of Norrathian… like Far Seas Ferrin? Well, then you’re in luck because until 11:59PM PST on Sunday, March 1, 2015 you’ll earn DOUBLE alternative currency.

This is a great opportunity to stock up on Far Seas Ferrin or any other alternative currency you’ve been collecting in-game. We’re excited to offer this to our players, and we’ll see you in-game this weekend!

Share On:
Previous Article News Archive Next Article
Did You Miss Our February Stream?
The Shouts of Rowdy Patrons Calls Attention to …
Download
Filter By: