The Shouts of Rowdy Patrons Calls Attention to Brewday 2015!

Make this Brewday Festival a memorable one!

Celebrate Brewday with both new and familiar holiday themed rewards, crafts, and adventures. Brewday 2015 starts on Thursday, March 5 and runs until 11:59PM Pacific on Monday, March 16, 2015. 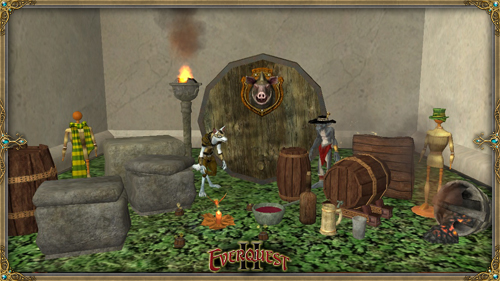 Don’t miss any of the new items available this year! Collect Beer Tokens and exchange them for any of the following items:

Maisy Sweetbeat in Enchanted Lands is looking for YOUR help! This quest can be repeated daily.

Also, look for the Brewday content returning from previous years!

Looking to learn more about Brewday? Check out some of our great fansites that have information of your about this event!

Don’t hesitate to make this Brewday Festival a memorable one, and we’ll see you in Norrath!

Share On:
Previous Article News Archive Next Article
Don't Miss Your Chance for Double Alternative …
The Chronoportal Phenomenon Returns for a Limited…
Download
Filter By: