What lurks within the Phantom Sea?

Unswayed in their quest to find Captain Greymast, the heroes sent by the Overlord of Freeport and by the benevolent Queen of Qeynos, arrive in the Phantom Sea, a body of water peppered with mysterious islands that have not been seen by eyes outside of the Far Seas Trading Company since the Age of Cataclysms. 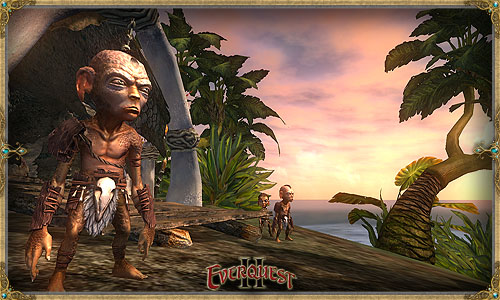 The island of North Dshinn shares a great many commonalities with its southern sister in Tranquil Sea, but here the zealous Allu'thoa have succeeded in decimating the pygmy population. The last few survivors have been forced to flee their village, Gazanti, leaving the revered deinodons on the island to fend for themselves. This abandonment has gained the attention of the Far Seas Trading Company, who has sent a small band of members to investigate. 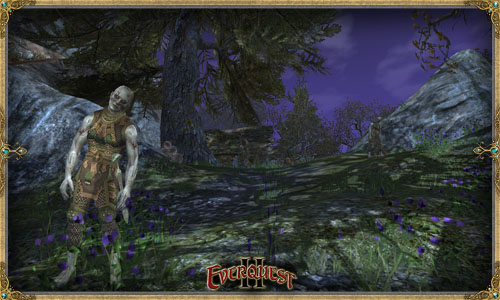 In the heart of the Phantom Sea rests an isle feared by those who are unfortunate enough to know of its existence - Kithicor Island. The dense woodland that swallows this forest isle shields what lies within from seafaring eyes. Those who dare step foot within the cursed thicket speak of a bloody battle so horrific, it cursed the land with Hate, leaving an army of undead wandering the shrouded land! A Teir'Dal fishing village on the edge of the forest harbors a secretive cult of evil summoners known as the Primordial Malice. Through dark magic and a mysterious altar in their breathtaking cathedral of hate, the Ossuary of Malevolence, grim designs of vengeance and sacrifice threaten to usher in a darker era where no one is safe! 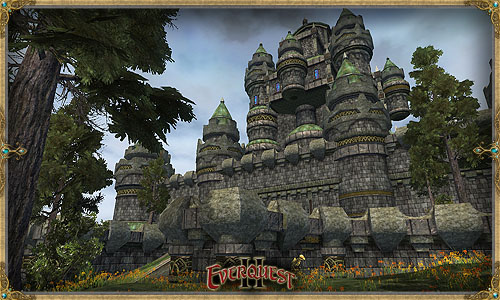 Rising dramatically above the cursed wood on Kithicor Island is the highest peak within the Phantom Sea - Highpass. Once an ancient passage between Karana and the Commonlands, this mountain pass is now crowned by Castle Highhold - the Far Seas Trading Company's opulent headquarters. Below the castle, a distillery of grand proportions has been constructed to provide libations for the company to enjoy and trade, further deepening the company's pockets. While locked behind ornate doors within the castle, the increasingly paranoid Duke Jaesten Ferrin leads his company of seafaring merchants, relying heavily upon a few trusted councilors. 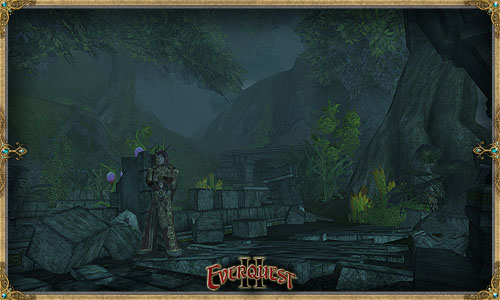 It was here where fate caught up with Captain Greymast during an apprehension that would bring the heroes face to face with Akheva, imposing four armed men, previously unheard of outside of Luclin! What were they doing on Norrath? Did Greymast make contact with them and bring devastation to the Isle of Refuge? The heroes' odyssey continued as they searched for answers on Grim Shales - a dangerous, craggy island, replete with archaic ruins and undead iksar. Here they uncovered an untouched Shissar temple, which had lain dormant under the waves since the Rending. It was here they were met with overwhelming odds and the awoken magics of an entire vanished civilization!

Will the heroes bring justice to Greymast? Are either Lucan's or Antonia's emissaries ever found? Is a new pact to be struck between one of the cities and the Far Seas Trading Company? Enter the Altar of Malice and be part of history!

Altar of Malice launches on November 25, 2014. If you’re an All-Access member, you’ll have the ability to purchase and play this expansion two weeks early, starting on Tuesday, November 11, 2014! What are you most excited for in this expansion?