Travel through Kithicor and discover the horrors hidden in the Ossuary of Malevolence!

Deep within Kithicor, the Primordial Malice, resides a cult devoted to the Demigoddess Lanys T’Vyl. As a show of dedication to their fallen matriarch, members of the Primordial Malice worship the state of undeath.  They desecrate their bodies with bone piercings and intricate tattoos, flaying their skin to the muscle, in an attempting to ride the line between life and death. The Ossuary of Malevolence is the pinnacle of that devotion. 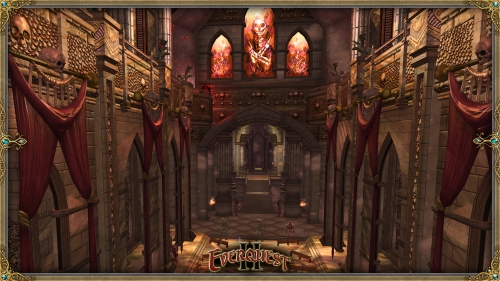 The Ossuary of Malevolence is a massive cathedral built with bones as brick and mortar, constructed to harness and focus the power of necromancy. Members of the Primordial Malice use their temple for dark rites. Lately the power of their magic has increased as they build to complete some new ceremony. Discover the intent behind the Primordial Malice’s dark rituals, and learn what dangers it presents to Norrath. Adventurer, it is up to you to discover the true meaning of these nefarious rituals and help protect the lands of Norrath. 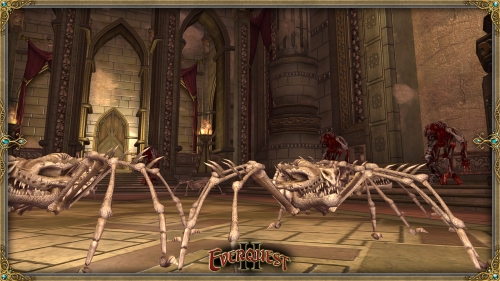 There are more than just devout worshipers and fiendish skeletons behind the cathedral doors.  Adventurers can discover the foul depths of the cathedral by taking part in dynamic solo, heroic, and raid content. Will you be ready to face the evil lurking within the hate-filled halls when Altar of Malice launches on November 25, 2014? If you are an All-Access member, you will save 10% on the expansion and begin your adventures two-weeks early, starting Tuesday, November 11, 2014! What dangers do you expect to find within the halls of the Ossuary of Malevolence?