Expansion 12 and More on the Horizon!

We have a lot of to share and we hope that you’re as excited for this upcoming campansion expansion as we are!

Our next expansion release is right around the corner! Yes, you heard me right – expansion! The team has been churning away and when we looked at the amount of content we created, we decided to call our next release an expansion rather than a campaign or the much-loved term, “campansion.” 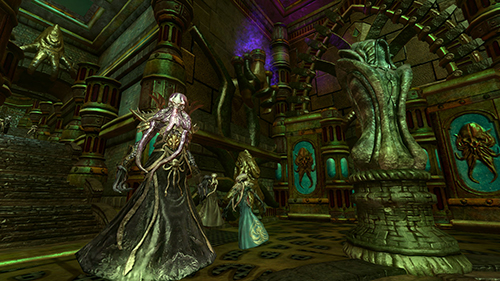 The 12th expansion for EverQuest II includes a sprawling overland and loads of content with quests, advanced solo and heroic dungeons, and a healthy number of raids including x2s and x4s. Not only that, but we’re doing level-agnostic versions of each of the new dungeons! We have a couple of new types of items to talk about as well as an updated Deity system to give you details on! Tradeskillers, we’ve got new quests and recipes for you as well!

In addition, if you purchase (or pre-order) the next expansion, you’ll also get access to ALL of the previous expansion content (including the Rum Cellar Campaign).

We’ll have the full expansion reveal and pre-orders for the 12th expansion will start on Thursday, October 1, 2015 when we’ll dig into the details on our website and forums. Also, the EQ2 team will host a livestream and share highlights, walk through some zones, and answer your questions.

Also, October brings Nights of the Dead and we have some really fun stuff coming to Norrath with new items available in the live event. Coming to the store we have a bat mount, really cool phantom-like armor sets, weapons, and two versions of the Estate of Unrest prestige house – one with all the widgets – and one without! Our first-ever Burbur collectibles will make an appearance too! For Nights of the Dead, we have these themed baby dragons available only for this holiday. Burburs are house pets and can be converted into petamorph wands so they can travel with you! And we will have a good number of really creative Player Studio items too!

Also, a rare items merchant for Altar of Malice expansion will appear in the Phantom Sea zone this week! The merchant sells a bunch of rare items, including the rare heroic mount, two new super buff baubles, and a random rare item loot crate -- all for Ferrin.

We have a lot of news to come and we hope that you’re as excited for this upcoming campansion expansion as we are!