Check out the Q&A with Assistant Lead Designer Kyle "Kander" Vallee about some of the upcoming Heroic and Raid content in Game Update 63: SKYSHRINE! 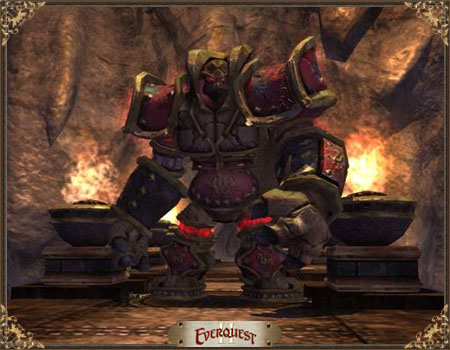 The Underdepths in all their glory.

With all the new Heroic and Raid content being released in Game Update 63: SKYSHRINE, we just had to go over and get the inside scoop from Assistant Lead Designer Kyle “Kander” Vallee.

[Piestro] How difficult is the heroic and raid content available in Game Update 63: SKYSHRINE? Is this targeted at only the more advanced players or will this content be suitable for every skill level?

[KV]We are really making an effort to see that heroic content is broadly accessible to everyone and try to cover every play style, from the causal solo player to the group player who wants a real challenge. As far as raid content is concerned, we have something for all levels of raiders. We are proud of the depth of the content we are offering in this GU and we have taken a lot of time to create events that not just challenge players, but also tell stories of the region and its inhabitants at all levels.

[Piestro] What fun themes or stories were particularly interesting to work with in GU63?

[KV] The entire game update! Its historic significance, as well as its turmoil and triumph, has been an extremely fun storyline to tell and it has real meaning in the EverQuest universe overall. As much as Skyshrine itself embodies a large piece of the evolution of dragonkind, there is a lot of politics, intrigue, and drama that has far-reaching consequences. Players will find the story arcs develop at various points in Withered Lands and into Skyshrine. The events in The Withered Lands’ themes are really cool too because we get to explore the corruption and the behavior of creatures in the area, like the Holgresh, insects, and satyrs.  There are a lot of awesome events to see in The Withered Lands, like a lumpy dragon, a bug queen, and the rebuilding of a pretty cool place of interest.

[KV] Definitely Skyshrine: the Underdepths. The climax of the expansion takes place here and is going to be a big surprise, both for heroic players and raiders. We have gone through great pains to make sure that as many people as possible get to see the revelations of the Skyshrine chapter firsthand. We think it's definitely worth the journey in-game and we are very proud of it.  It's one of those times where we got to create what we've always wanted to see as players.

[Piestro] Is there any particularly cool boss that you can’t wait for players to encounter?

[KV] One dragon players might be familiar with is Dozekar the Cursed.  He has four incarnations in this GU. He will be able to be fought in heroic and raid content, and is balanced for four different experiences. Like I mentioned, with all the twists and turns of the story and all the possibilities players have in this content, we wanted to create truly memorable experiences. I think we really put an immense effort into this as a team, including our Sound FX team making the huge effort to create a truly epic experience with the audio, FX, and voice over.