Sometimes upcoming Marketplace items are just so cool we have to share the news about them early! 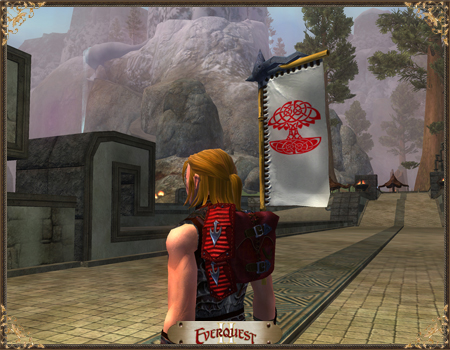 Normally we don't announce our new Marketplace items until they are live, but some are just so cool we have to spill the beans early. That's certainly the case with the Heraldry Flag Backpack, which gives you an all new way to show off your guild allegiance! Not only does the Heraldry Flag Backpack appear as a stylish, functional backpack, where you can store your valuables, but the banner on the pole changes to match your Guild's Emblem.