Jesters, thieves, bards and fans of mischief are invited to enjoy the adventuring and new crafting festivities that surround Bristlebane Day! You never know what riddles, laughs and pranks are to be found during this enjoyable time of year.

Celebrators are present in every home city, and the oddest of objects have been spotted in Antonica, The Commonlands, Darklight Wood, Timorous Deep, Greater Faydark and Frostfang Sea! Be sure to keep your eyes peeled for special events, especially in Enchanted Lands, occurring only on the Highest of Silly Days, April 1st, 2013! 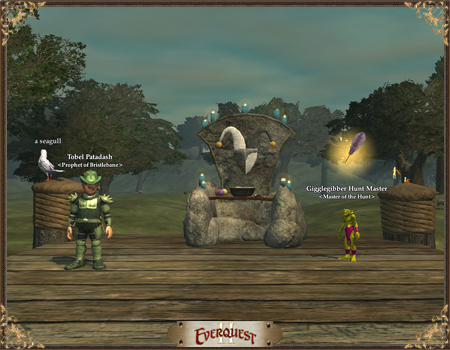 Don't forget to visit these great sites for more information about both old and new events, as well as overviews of the quests and screenshots of the special items available just through this in-game holiday: 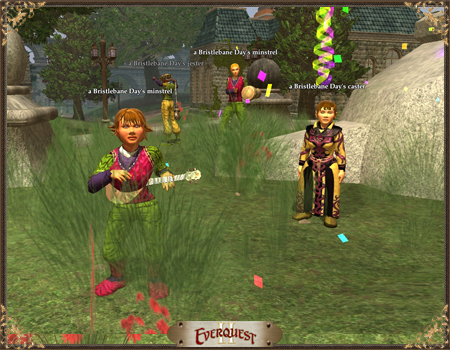 The event begins on March 29th and runs through April 11th.

Don't miss out on the mischief!