Here are the March Update Plans for EverQuest II!

There are lots of activities and events to participate in this month! And while you’re busy playing, the Dev team is preparing for the Game Update 63: Skyshrine launch!

There are lots of activities and events to participate in this month! And while you're busy playing, the Dev team is preparing for the Game Update 63: Skyshrine launch. We are already playtesting internally and excited about this release. As we write this, development is wrapping up and we'll be going to Test server in mid-March, so come and check it out then. You can expect to be getting details on the Skyshrine update fairly soon too. We've already got Behind the Scenes videos in preparation to give you a look inside the creation of this game update.

DOV Dungeon Timers Reduced to 90 Minutes!
Get prepared for the next Game Update and gear up in Destiny of Velious group dungeons -- timers are being reduced from 18 hours to 90 minutes!

New Pathing Code
In exciting code news, new pathing is on Test right now and we're hoping to bring that to Live when it has passed rigorous testing. For those who don't know, "pathing" is what the monsters and pets use to travel from points A to B in our game.

Brewday Festival March 8-19
Are you ready? Do you have the fortitude? The stamina? Brewday Festival is finally here and begins on March 8. Enter through the Brewday portal (hard to miss them) and get new quests, recipes, and more! Brewday Festival portals are found in Antonica, Commonlands, Haven, Greater Faydark, Timorous Deep, and Frostfang Sea. 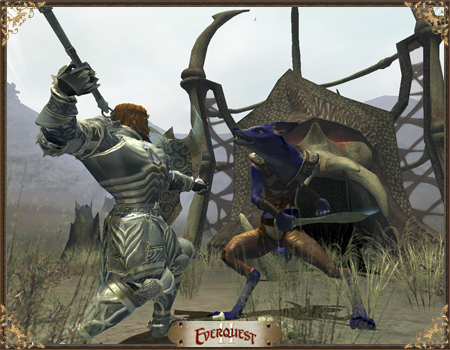 Did you know….you can buy a Pet Rock from the Marketplace? It's a petamorph wand. Don't leave home without it.