Don't miss out on the fun as Norrath observes Erollisi Day, a holiday that celebrates love and passion! Erollisi Day quests and events run through 11:59 pm PST, February 20th. 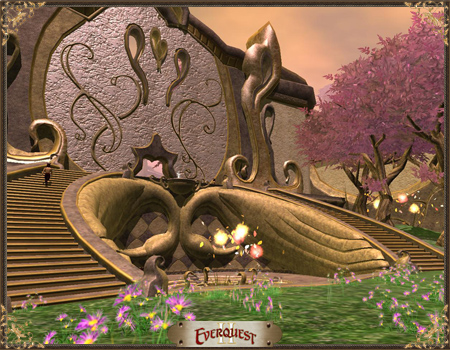 Don't miss out on the fun as Norrath observes Erollisi Day, a holiday that celebrates love and passion! Erollisi Day quests and events run through 11:59 pm PST, February 20th, so take advantage while you can.

The “Goddess Risen” live event has come to a close, and the trapped essence of Erollisi Marr, goddess of love, has been freed from the statue that had imprisoned it. Followers of Erollisi Marr are rejoicing and celebrating this year’s Erollisi Day festival as never before!

Elements of Erollisi Day celebrations can be found all over Norrath. Visit the Cairn of the Huntress in New Halas to find several new quests. Try the newly revamped “Hearts a’Flutter” contest in Antonica and Commonlands, and visit the merchants Steven and Douglas for romantic new gifts and recipes to craft. Love notes and message candies hold new worth with holiday merchants in Qeynos Harbor and Freeport as well as tradeskillers. 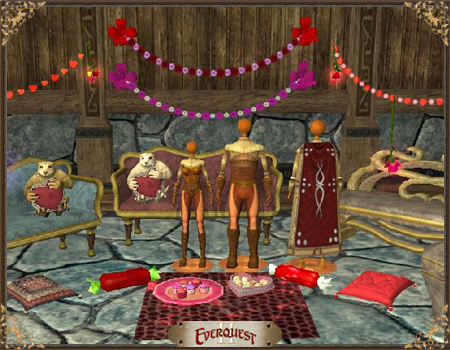 Want to learn more about Erollisi Day? Take a look at some of the many the helpful guides available from our Fansites:

Make sure you grab your favorite Erollisi Day items from the Marketplace before they disappear for another year on February 20th!

Don't miss out on your chance to celebrate Erollisi Day in 2012! Spread the love!