My name is Colette, but you’ll get to know me as Dexella. 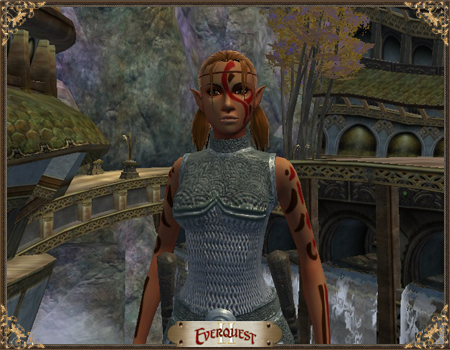 My name is Colette, but you'll get to know me as Dexella. I'm thrilled to be joining SOE and the Community Team as your EQ II Community Relations Manager. I wanted to take a moment to introduce myself to you, as you'll be seeing a lot of me from here on out!

Let me tell you a bit about me and my journey as a gamer. I began early on as an annoying five-year-old who tried to sneak in play time on an original NES that I wasn't supposed to touch. When I entered middle school, I was given a deck of Magic: The Gathering cards as a gift, which led me to join our after-school "Game Club." It was in our meetings that I developed a real love for gaming. By the time I entered college, I was spending many sleepless nights playing Sims and other games when I was supposed to be writing papers and finishing Chem labs.

When I first met my husband, he got me to begin playing SOE games, including EQ II. I'll admit, I haven't played nearly as much as most of you, but I'm getting there and loving every single second of it. You'll see me in Norrath as a Wood Elf and I'll confess, I'm a crafter. Right now, my favorite thing to do is decorate my house, especially with items I craft myself. I've been focusing on leveling up my tradeskills, though I do enjoy adventuring, too (except for when I have to kill Ice Manes or other lion-like creatures, just a personal quirk of mine).

I am a new employee here on the Community Team and at SOE. It was when I attended my first Fan Faire in 2009 that I knew I wanted to become part of this company and team. Before coming here, I worked in education as an advisor and professor. I liked those jobs, but I kept hope that I would be able to make the career switch in to the crazy, wonderful world of SOE. It took a few years, but I am overjoyed that the stars and planets finally aligned and I am now here with all of you.

I look forward to getting to know all of you in game, on the forums and Facebook, via Twitter, and, of course, at SOE Live! You can also hear more from me on our podcast on July 10!