With GU64 we are working hard to improve our PVP experience.  Our goal is to make our PVP more accessible, more rewarding, and ultimately more fun!

We are overhauling the way that stats work in PVP with this update.  Instead of having completely separate stats for PVE and PVP combat, you will now derive your PVP stat values from your “normal” PVE stats.  This allows us to keep PVE and PVP balanced completely separate from one another, and allows PVE-acquired gear to be of use in PVP combat.  The reverse is also true – PVP gear will now be fully functional in PVE combat!

We focused on player skill being the biggest deciding factor in PVP combat, not gear.  Gear will still give you an advantage, but it will be a more minor advantage than what we have seen in the past.

This greatly increases the accessibility of PVP combat, but we have to ensure that PVP gear continues to be the go-to source of gear for PVP players.  To make sure this is the case, we’ve done a few things.  First, we have introduced a new PVP stat – Lethality.  Lethality will increase all of the damage you deal in PVP combat.

These tokens will be used to purchase all new PVP gear and consumables.  The amount of tokens you can have at any given time will be capped.  Additionally, if there are several sets of gear at different power levels within a tier, you will need to purchase the weaker gear and upgrade it with tokens into the stronger set of gear.  This ensures that you never feel like you are “wasting” tokens by buying the weaker gear.  Get the best gear you can get at the time, guilt free!

Existing PVP gear will be removed from the PVP merchants to make way for the new gear – there’s a ton of it!  If you have a hoard of old tokens, don’t worry - you will be able to use your old tokens to buy consumables that will aid you in PVP combat.

New full sets of PVP gear have been added for every tier, starting at level 10.  At 90-92, there are 3 sets of gear at different power levels. 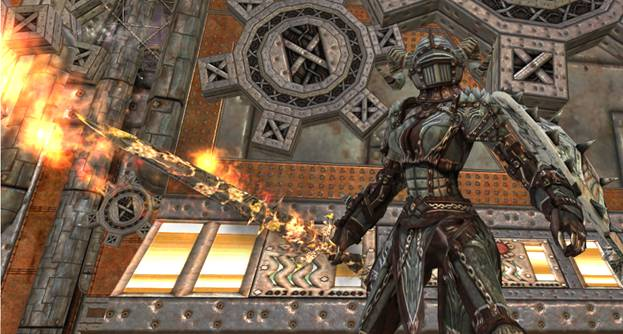 Open world combat has been enhanced as well.

The infamy system has been revamped.  Instead of your enemies being worth a set amount of infamy every time they are slain, they are now worth a scaling amount that increases in value the longer they are alive.  Higher ranked players will generate their bounty quicker than lower ranked players.

The amount of infamy required for the lower and middle ranks of titles has been lowered, so it will be easier for more players to get deeper into the title system.   The upper echelons of titles will still be reserved for the elite, as they require just as much dedication as before.

The amount of HP of the towers in warfields have been increased to match how we have scaled up the gear has been scaled up.  This should ensure that battles in warfields last a bit longer, as the rewards for successfully completing a warfield are now quite lucrative.

Additionally, tokens now drop directly from kills instead of from writs!  This should help you stay in the action instead of your UI.  Writs can still be done for additional rewards.

Battlegrounds have been given a bit of a facelift.

First and foremost, the Frozen Tundra map has been temporarily removed.  It needs to be polished, and will return once we have finished our adjustments.

Our other maps have seen a few tweaks:

Win/Loss tokens are now awarded based on the time you spent in the match instead of a flat value that is always granted to you.  The longer you are fighting, the bigger rewards you get!

We have also added a bonus token system.  If you achieve a heroic feat, such as killing 50 players without dying yourself, you will be granted additional token rewards!

We have improved the scoreboard to display this new bonus token information.  We also have some new voiceovers in the works!

In order to help increase low-level battleground activity, we are making level 30-89 battlegrounds into one big “Level Agnostic” battleground cluster.  This means you could see a level 30 and 89 in the same match, and our calculations behind the scenes will even the playing field as much as possible.  You will still get a slight benefit from being higher level and having better gear, but the power spread will be evened out significantly.

PVP Class Balance has seen some adjustments.  The biggest change so far has been to Crowd Control.
Overall duration on CC effects has been lowered across the board by about half.  While having meaningful CC is important to PVP combat, being able to actually play your character instead of being locked down throughout the match is equally important.

In addition to this change, there have been tweaks to individual classes that will be outlined when we push this update to test server.

As always, class balance is never complete without the input from our players.  Be sure to log on test, beat each other up, and give us as much feedback as possible!