As Dave “Smokejumper” Georgeson fully embraces his role as Executive Producer over the EverQuest franchise, he hands the reigns over…

A Letter from Smokejumper

As many of you know, I’m the Executive Producer in charge of the entire EverQuest franchise, including EQ, EQII, and the upcoming (and very different) “EverQuest Next.” For the last two years, I’ve also been the Producer for your EverQuest II world, and it’s been absolutely a blast working with the team, the game, its features, and most of all, its players.

However, our company’s visions for the EQ Franchise are bigger in scope than what I can coordinate alone on EQII while also overseeing the rest of the franchise.

Therefore, we’ve brought Holly Longdale back to SOE to take over the Producer position for EQII. In fact, she’s been working with the EQII team since last December. (We delayed announcing her presence so she got a chance to come up to speed for a few weeks before needing to answer a thousand questions.) ;) But, the honeymoon is over and it’s time for her to “take the con.”

Holly and I are still working closely together. There is no loss of knowledge in this transition because we still meet and discuss the game’s directions and tactics on a daily basis. Holly will be getting a huge amount of support from the team, myself, and the rest of the company. You still have an excited and motivated dev team, a quality Producer, and a great game.

So please, take a moment and welcome your new Producer to the fold. You’ll still see Smokejumper posts occasionally, but you’ll see a lot more Windstalker posts as well. 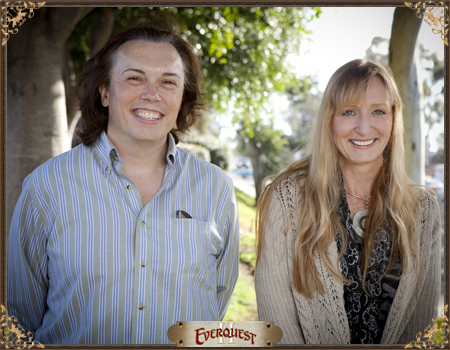 Since starting on the team, I’ve been watching, absorbing, and reading everything I can before officially taking the reins. The opportunity to be a producer on this team is surreal and certainly perfect. And honestly, I am one of you. I’ve been playing EQ2 on the xxxxx server since launch on my main and have several beloved alts. (Editor's Note: Sanitized for her protection!) EverQuest as a franchise has had a place in my life for well over a decade now. It’s rooted in my history and a source of deep and seeded pride.

A bit about me – I played EQ at launch and had the blessing to change careers to become a Designer on EQ at the time EQ2 was in development. SOE as a whole was as passionate and as close a family then as now. And the players, now as much as ever, are part of that family and great passion. Believe me when I say we hear you. And as gamers, we understand. And as creators, we want to be the best. And we are.

The content and quality of this game is always growing. The advances and features since launch are really staggering. The most recent expansion is really something to be proud of – not just as a team here, but as players. The time and effort put into Dungeon Maker by a lot of careful decorators and designers is beyond impressive. There’s a wealth of creativity and ingenuity being expressed that is second to none in this genre. And we will continue to look ahead to more avenues for your virtual self-expression that makes you real contributors to this fantasy world your avatar, and you, live in. It’s the best MMO around soup to nuts. And I’m here to continue and build on its success.

Under SmokeJumper’s (Dave Georgeson’s) leadership and vision – which I strongly believe in – this team is hard at work creating even more amazing game content for the upcoming Game Update. We have big plans for this game and your experience in it, I promise you. And at the same time, to support the game, we are looking for new and better ways to build fun.

I can’t tell you what a joy it is to be back at SOE. And as much as it feels like home, I’m still absorbing the details, but you will hear from me again soon. 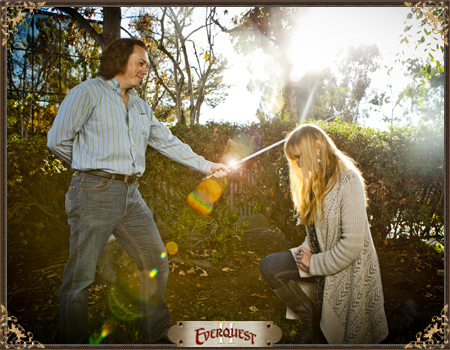