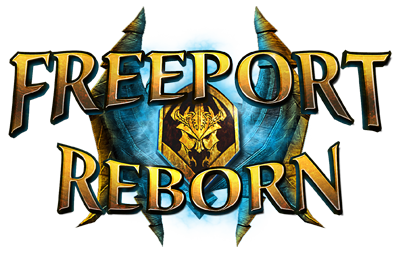 Freeport – a city reborn. In the past, Freeport was one of the two major human settlements in Norrath. It was the main port for trade and travel between Antonica and Faydwer, and was known as a lively center of commerce. During the Age of War, Freeport stood against the Rallosian Army in the Battle of Defiance, and was victorious when (as the story goes) Sir Lucan D'Lere defeated the Avatar of War using the mighty blade known as Soulfire. Sir Lucan claimed the blade and the city of Freeport, as his own from that day forward.

Sir Lucan D'Lere ruled over Freeport with an iron fist, squelching all threats to his rule of the city. Sir Lucan ruled for lifetimes, his own existence extended by dark and secret methods. To oppose the Overlord meant a swift death, and any attempts to overthrow him were dealt with harshly. The Overlord trusted few others, and only his most trusted advisors were allowed an audience with him. However, Sir Lucan found his trust in one companion misplaced.

Tayil N'Velex, once one of Sir Lucan's closest companions, betrayed him in an attempt to take over Freeport for her own ends. The kidnapping attempt was successful and both the Overlord and the sword Soulfire, were taken from Freeport by agents of a power being known as Rohen Theer. Tayil took over the reigns of the city but in the absence of the Overlord, Freeport fell into chaos. The various factions of the city began fighting with one another, looking for control and influence in the vacuum of power. Freeport was a city at war with itself and was close to collapsing in the civil war.

Sir Lucan was freed from the clutches of the agents of Theer, and has returned to Freeport. As soon as he returned, he immediately set to repairing the damage done by the infighting during his absence. However, rather than simply repair walls and street signs, the Overlord ordered a complete overhaul of the entire city. One that would reflect the personality of the man who rules Freeport, one that would impress upon those who enter the gates that this city belongs to Sir Lucan D'Lere, and to him alone.

Game Update 62 comes out December 6, 2011 along with EverQuest II's eighth expansion: Age of Discovery and Free-to-Play!