When it comes to the EverQuest franchise and designing tradeskills, Paul "Frizznik" Carrico is no noob. He's been working on SOE games since 2000 and has had a firm hand in the evolution of Norrath, both before and after the Shattering.

When it comes to the EverQuest franchise and designing tradeskills, Paul "Frizznik" Carrico is no noob. He's been working on SOE games since 2000 and has had a firm hand in the evolution of Norrath, both before and after the Shattering. He even spent a little time working on Free Realms. More recently, he has been doing great work on the mechanics team, including dungeon and battlegrounds design.

Being a game designer is an ever-evolving job, and often there are opportunities within a team to take the lead on designing different aspects of the game. After a recent shuffle of duties, Frizznik is now heading up Tradeskill Design for EverQuest II. EQII players who enjoy the tradeskill aspect of the game will likely remember him from the early days of EQII, and those whose remember Frizznik's previous work on tradeskills will be happy to know they are still in good hands.

But where did Domino go? Don't fret! She has taken on a new and exciting role with the EQII team as Associate Producer. We'll still be seeing her around as she helps Smokejumper keep the team organized and running full steam ahead, and generally lending a hand where needed.

Now, lets get to know Frizznik a little better! 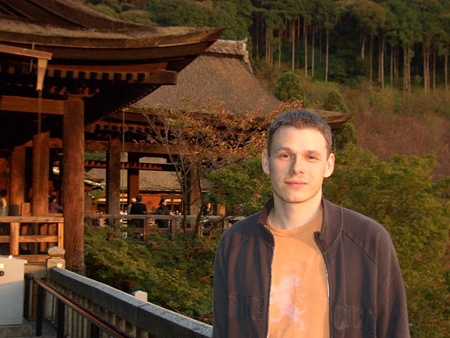 What interests you in tradeskills in EQII?

I have always been interested in crafting. There is something about taking some mundane materials and manipulating them into something interesting or something that adds to your power that is exciting to me. In EverQuest II the community is really great. They are mostly laid back and very social so it is really easy to have an open dialog with them. I like that I get to work with them directly; getting feedback from them is invaluable. There are so many moving parts in EverQuest II and no one knows all the moving parts better than our players.

What influenced you to step into the role of Tradeskill Designer?

I have always had an interest in tradeskill systems. I started working on tradeskills in EverQuest somewhere around Planes of Power. I tried to take the existing system and add in recipes that were interesting and filled the needs of the community. I tried to fill in gaps, like adding the missing 8th Coldain Shawl, or recipes to bridge gaps in tradeskill leveling.

I also worked on tradeskills (provisioner specifically), for EverQuest II at launch. A while after release I worked on the system as a whole, cleaning up post-launch issues and adding to it as much as I could before I left for a different project.

What does your job as a Tradeskill Designer involve, on a day-to-day basis?

I am wearing a few hats right now. I am finishing up implementation of the new battleground that will be in Game Update 60 - The Children of War. I am also working on some dungeons for a future release. I only found out about the possibility of working on tradeskills again in the last few weeks. I have already added in some changes for The Children of War which have been posted in the tradeskill forums (harvesting speed, level 15 writs). As I transition into my new role, I look forward to getting more involved with the tradeskill community and planning continuing improvements.

What are the tools of your trade and what is your relationship to these tools?

The forums, the Zam IRC channel, our internal data search tool, our internal implementation tool, and Excel. Just playing the game itself is very valuable. Getting the insight of experiencing it yourself and the unfiltered feedback as players discuss the game in general chats is useful.

How do you come up with a decision to add a new thing to the game? Do you listen to the community’s needs? Is it a development decision depending on its importance or is it a combination of both? In other words, how do you initiate a project?

It’s a mixture of what I notice while playing, suggestions that the tradeskill community provides, and the goals of the system as a whole. I want to make sure anything added is solving some need or problem.

What are you looking forward to working on the most in the area of Tradeskills?

The direction that tradeskills has taken is good. Crafters are able to get outside more to work on quests rather than grinding away indoors. I want to make sure there is enough content to allow that at all tiers. I hope to implement tradeskill quest content in the 60-69 range soon.

I would also like to look at the system as a whole and make changes that make it more enjoyable and more accessible to people. I am also working on some tradeskill class interdependencies, nothing to the extent of WORTs and nothing that would change existing recipes but something different.

Stop by the Tradeskill Discussion forum to keep an eye on the latest tradeskill chatter. Don't forget to say hi to Frizznik and welcome him back to the tradeskill world at the discussion links below!