One of the exciting features coming with Halas Reborn is the revamp of the travel system. Salim "Silius" Grant has made travelling throughout Norrath smoother and took a few minutes to explain in detail some of the changes that adventurers will see.

One of the exciting features coming with Halas Reborn is the revamp of the travel system. Salim "Silius" Grant has made travelling throughout Norrath smoother and took a few minutes to explain in detail some of the changes that adventurers will see.

What is the purpose of the travel revamp?

When evaluating travel we identified several issues with our travel system and the purpose of this revamp was to resolve those issues. As a result the new travel system has done the following:

What changes were made to smooth out travel?

The way the travel system works now you should use less hops to get to any given location. This was accomplished by adding some new teleportation locations for druids, placing spire teleporters in locations that previously did not have one, and linking the bell network together.

What will happen to the mariner's bells?

The mariner’s bells are now just a function of intra-city travel for Qeynos and Freeport. The global bells have been replaced by a new invention called the “Globe of Swift Travel”

How does the Globe of Swift Travel work?

It is fairly simple and similar to other means of travel. You click on it just like you would any other object. When you do this a map is displayed showing your travel options. Mousing over an option will display a tooltip that gives some information about the area in the form of the level range and background text. Double clicking the location will start your journey to that location. 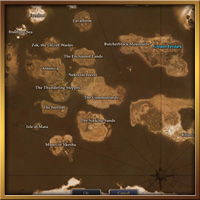 Will the globe cancel out bells or other forms of transportation?

The globes only replaced the bells that were used for zone to zone travel. 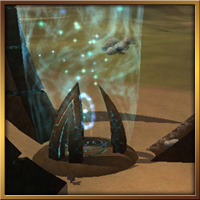 What happens to the guild hall amenities?

The guild hall amenities have all been altered to function the same way as the new travel globe. We debated removing the extra bells/carpet but decided instead to give each its own look. Hopefully this will allow them to fit any theme a guild may be going for.