Planes of Prophecy Expansion Stream - Tues, Oct 17 at 10AM PT

Tune in on Tuesday, October 17, 2017 to get a sneak peek at the upcoming Planes of Prophecy expansion, pre-order the game, play beta, and more!

Hail Norrathians - big expansion news is on the horizon!

On Tuesday, October 17, 2017 you'll be able to get a sneak peek at EverQuest II: Planes of Prophecy, pre-order the expansion, and start beta testing new content!

Start your day by tuning in to Facebook Live at 10AM PT* for a very special expansion livestream with the EverQuest 2 team! 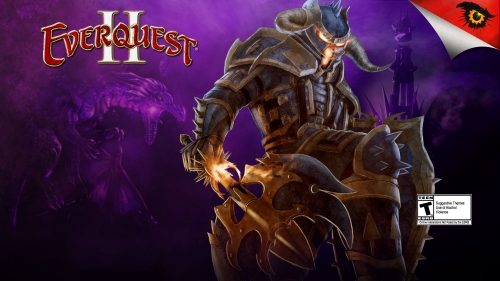 During the livestream, the team will reveal some of the expansion's upcoming features, show off new items and zones, and answer your POP questions. We're inviting players to join us on Facebook Live during the stream so that YOU can be a part of it all - you'll be able to chat with us and other players live!

But the excitement doesn't stop when the livestream ends - if you love what you see during the stream, you'll be able to pre-order Planes of Prophecy that day! Pre-ordering the expansion will give you access to the Planes of Prophecy beta, which is also slated to begin on October 17, 2017!

If you want to take a look at what's been revealed about the upcoming expansion so far, you can check out Lauren McLemore's latest EverQuest 2 Producer's Letter.

We'll see you on October 17, Norrathians!

*Convert to your local time

Share On:
Previous Article News Archive Next Article
Kunark Ascending is Available for 50% Off!
Gear Up, Level Up Week 3: Double Loot and …
Download
Filter By: