We wish you a Merry, Cheery, Frostfell!

Happy Frostfell to one and all!

Nights are longer and days are colder, which means it's time to start spreading holiday cheer for the most delightful time of the year - Frostfell! From now until Tuesday, January 5, 2020, The Elves and Goblins invite you to participate in the celebration of this Deepice holiday with festivities, decorations, and more!

This year, whether you're an adventurer or a tradeskiller, you'll find something new awaits you! Step through the Magic Closet within your city to enter the Frostfell Wonderland Village, an enchanting land of ice and adventure. You are warmly welcome to pay a visit to the Frostfell Workshop, where Frostfell elves have been busy preparing for the celebration. And of course, be sure to keep your eyes open for wandering gifts! 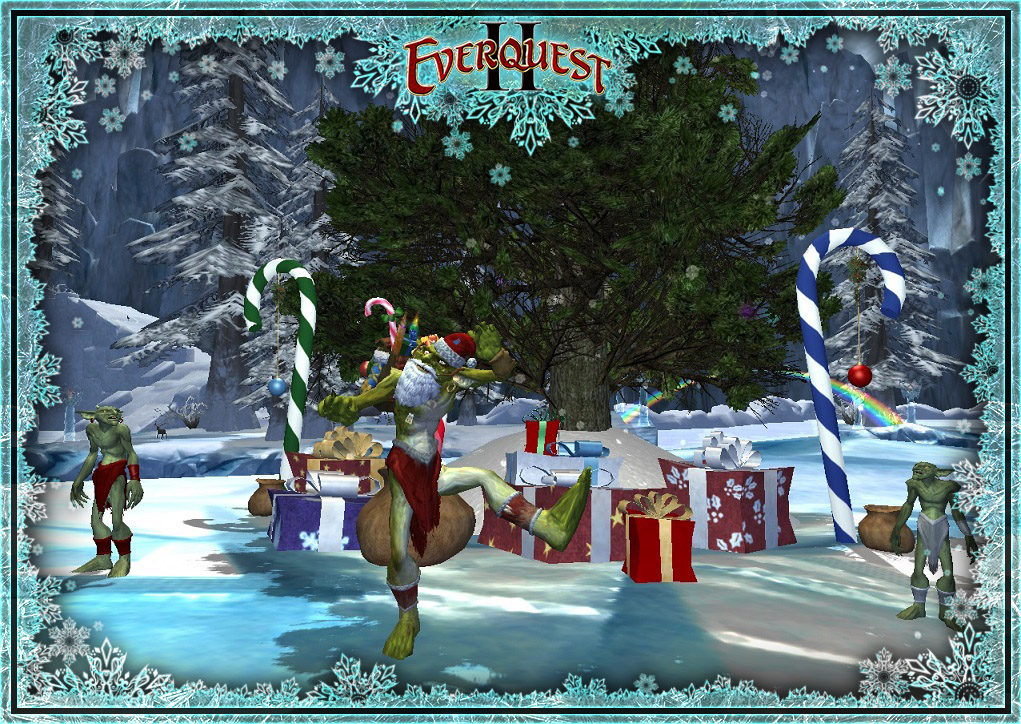 Kaladim - the event is active, with the following exception:

To sneak a peek at all the new things that the Frostfell Fae themselves have been working on for this season, read on! 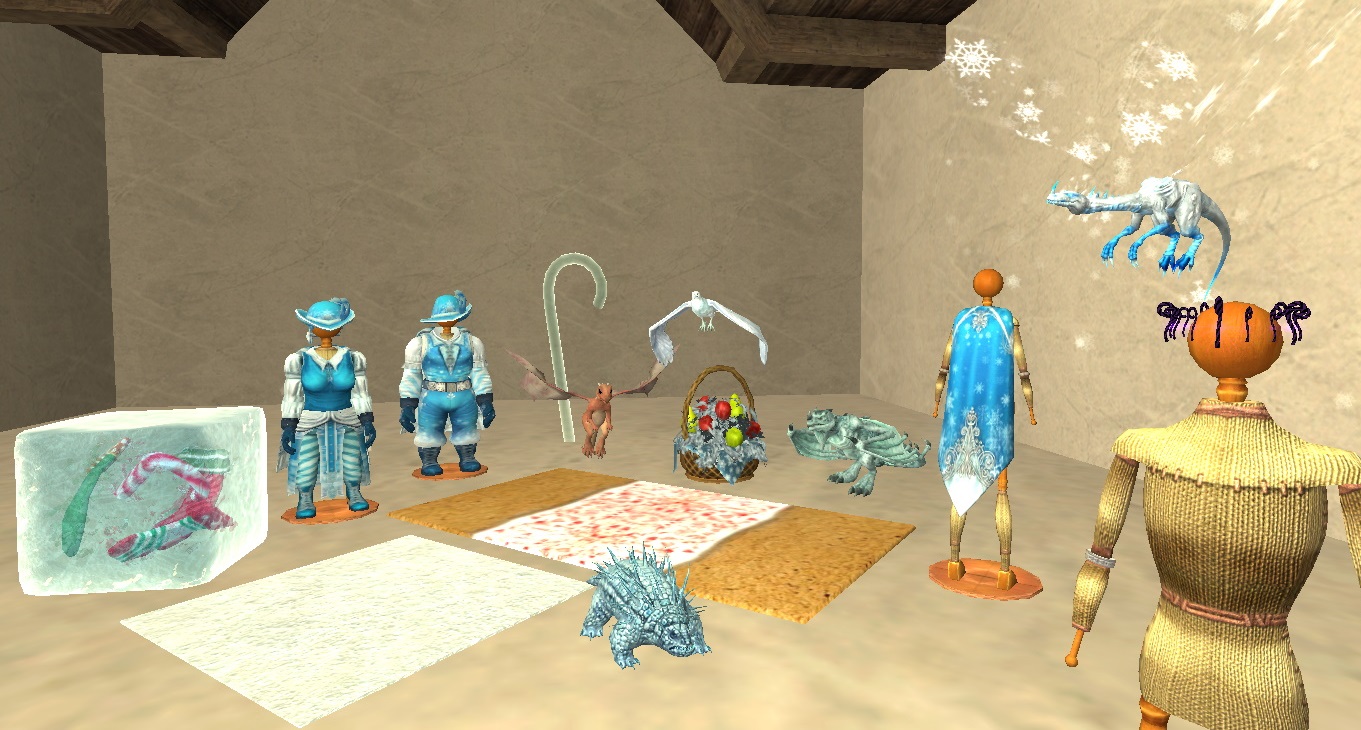 Santa Glug is Coming (Back) to Town!

Santa Glug, a gigglegibber goblin in a very bad Santa disguise in Frostfell Wonderland Village, is back and has 16 tradable gifts (9 new) to give everyone that asks once a day (18 hours)!

New Items to Holiday Shop For

Gerbi Frostfoot, the permafrostfell merchant in Frostfell Wonderland Village, has a bundle of new items for sale! Players of all levels can purchase 5 new items this year! 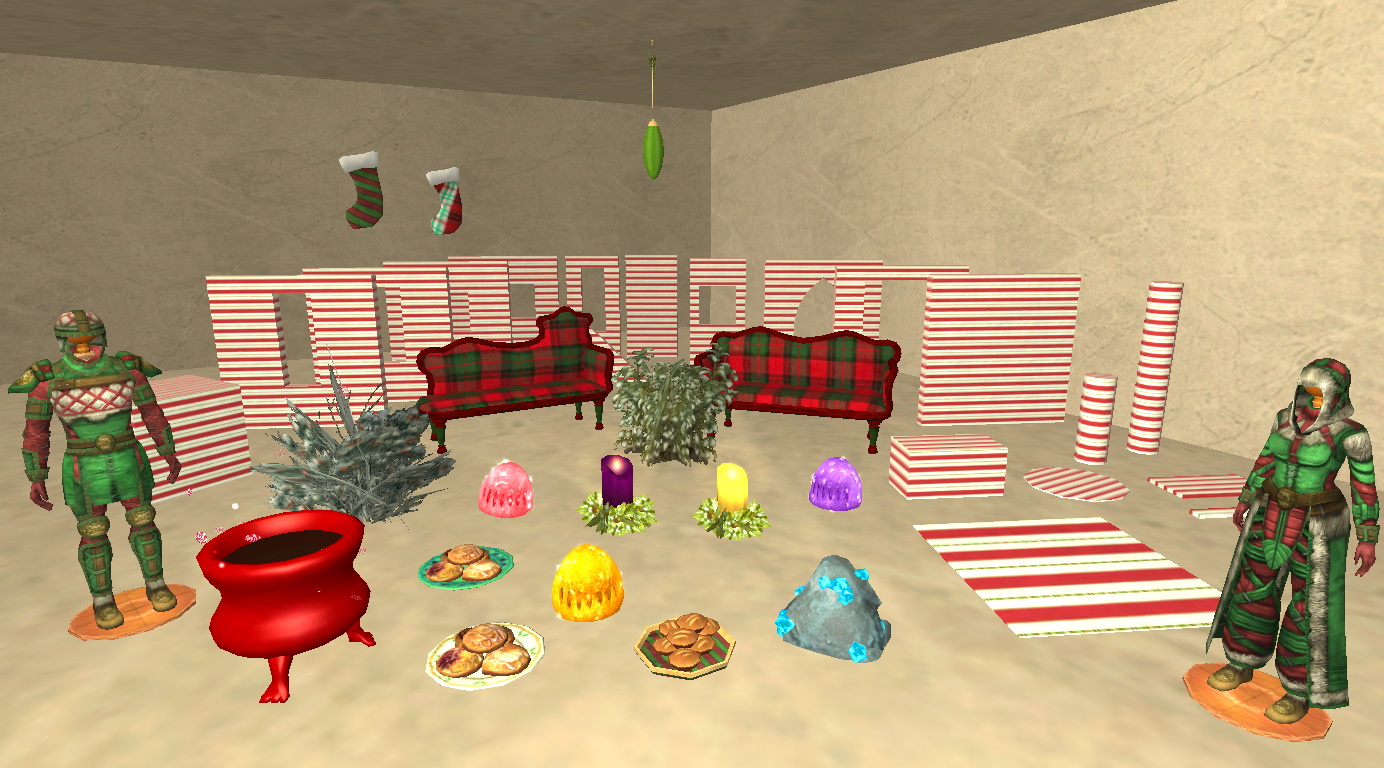 New Goodies to Craft and Create

There are brand new house items, clothing, and equipment for Tradeskillers to create in the Frostfell Wonderland Village. New crafting books (Frostfell Outfits You Can Make XIII, Frostfell Feasts and Decorative Crafts XIII, and Scholarly Pursuits for a Festive Frostfell XIII) can be purchased from Giddlenerf, Guhtosle, Giggawat, and Garsleblat.

This year, Santa Glug's Curious Clerk is on the hunt for Chocolate Coins! Collect these coins by purchasing Frostfell-themed Marketplace items, and trade them in for even more holiday items. Coming soon to a Marketplace near you! 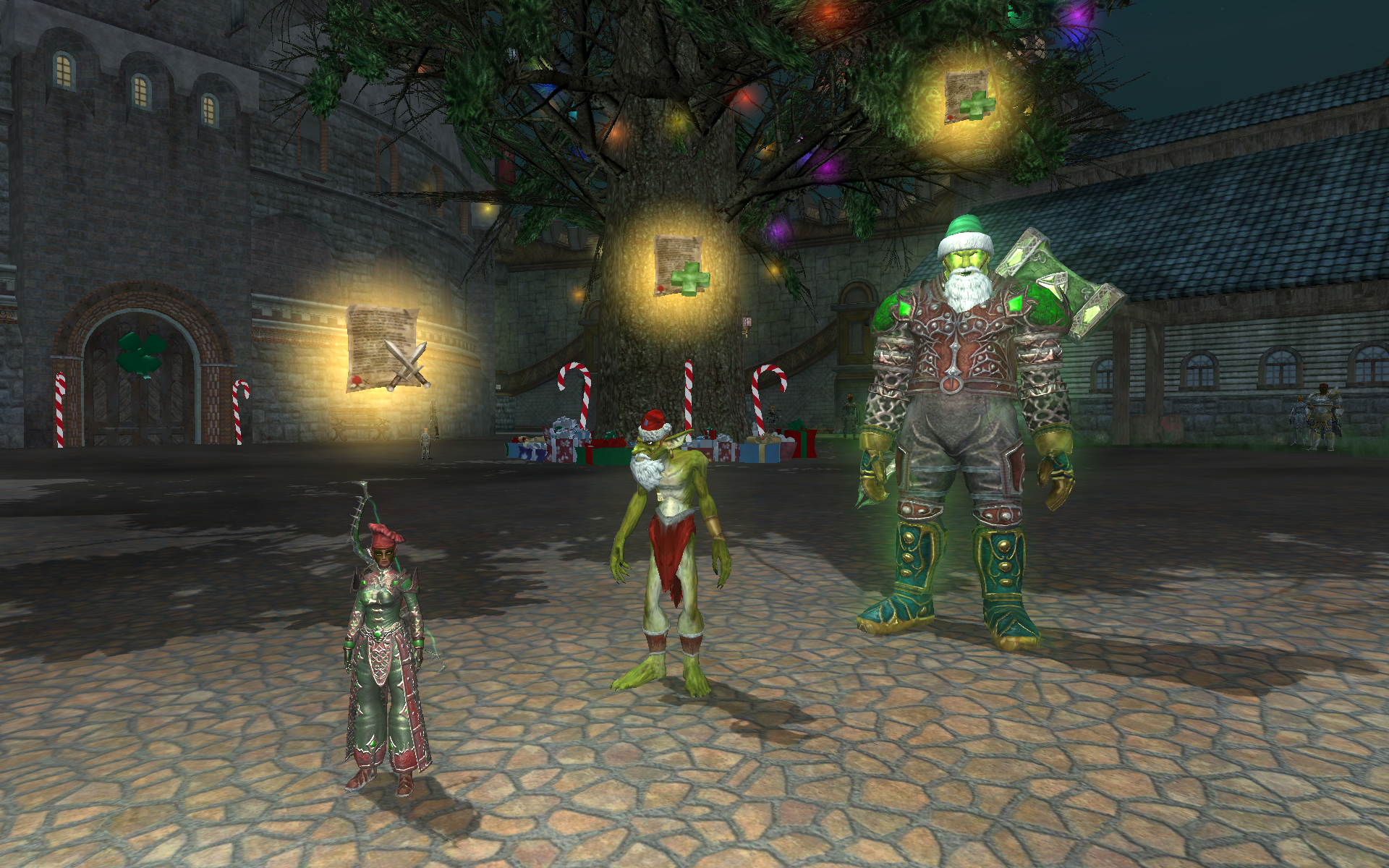 Holiday celebrations will run through the month from Tuesday, December 8, 2020 at 10 AM PST until Tuesday, January 5, 2021 at 11:59 PM PST. Don't forget to enjoy yourselves over Frostfell!